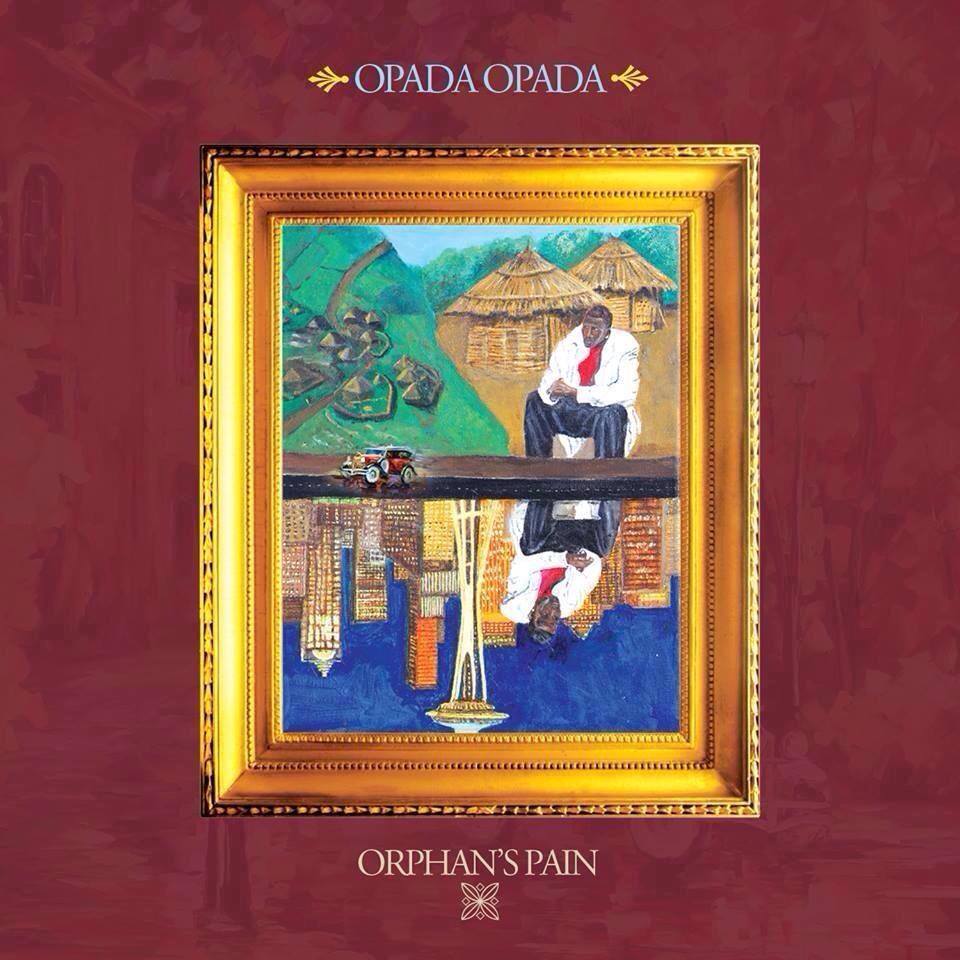 Music has been part of Opada Opada’s life since he was a little boy growing up in Gambella, Ethiopia, singing in his local church. Now the independent hip-hop artist is on his second album titled Orphan’s Pain about the effects of war on African communities, especially children. Opada is looking to spread a positive message and motivate others through his music; something he feels has been lacking in a lot of today’s popular hip-hop.

BREAKAWAY DAILY: Can you talk about why you wanted to keep your “real” name Opada?

OPADA: I think people should stand for something and be themselves. In rap and hip hop people use street names. I think “real” is hip-hop. I think it is good to use my name Opada Opada. It is a powerful name.

BREAKAWAY DAILY: What kind of message do you want your music to have?

I want to make music that teaches and inspires.

BREAKAWAY DAILY: When did you start writing your own songs?

Sometimes I would dream of songs and it would just play in my mind for days and days. I started to write them down in 2003 when I was in high school. I have been writing ever since.

Can you describe your latest album Orphan’s Pain? What’s the inspiration behind it?

I think the world lives on the opposite of good faith to God. The kind are the ones that get hurt. War has done a lot to African communities this time. We have to be on the next generation’s minds, it starts now. Time you push your war mind aside and help others. There are so many orphan children that have been struggling to live their way of life, and help their family. Seems like every president is the same. There is no support. I feel like to support them is to encourage them to follow their dreams. I made an album; they should challenge themselves also. Through the whole album, I talked about mistakes which is the intro in “Love and Peace,” then I talked about being alone, family, greed, and all of us together as humans.

BREAKAWAY DAILY: Talk about your latest release “I Can’t Let It Go?“

This song has a message of encouragement, motivation, and inspiration. It is a song about my journey, death in Africa, politics, war, the police killings, etc. Last year there was war In Gambella, Ethiopia. Where numbers of my people died. The song was originally called “Re-Entry” before I changed the name. It was my return anthem back to music since I had my daughter in 2013. I wrote but hadn’t been to the studio since then. Music is my career. It’s hard but I love the art and being able to succeed independently without a record deal. I want somewhere to be at peace, and the studio is where I’m at peace.

BREAKAWAY DAILY:Congratulations on the birth of your daughter. Talk a bit about how the filming came together for the “I Can’t Let It Go” music video?

This song I recorded in 2015 and sat on it for a while because one of my videographers had some footage that needed to be done; but since it had been so long without a new video or song, I thought this would be a good re-entry to music. When I left Seattle, Washington for home, we shot footage on the road. I met a lot of musicians along the way in ATL, St. Louis, Chicago. In St. Louis, we went to the waterfront after the studio and shot the part. Since there already was footage from Seattle, and my home Gambella from when I was there, we put it together and through the video you see my journey. I think there will be a good way to show Gambella in the future, but for now, farms are a sign of development to my community.

BREAKAWAY DAILY: In one word how would you describe the message of the video?

“The studio is where I’m at peace.”

BREAKAWAY DAILY: What is the next video you are working on?

Next music video is “Journey.” It has better visuals so anyone can relate to my struggle.

How to return to your true self with Spiritual Life Coach Alicia Eunice: Las Vegas

BREAKAWAY DAILY: What do you love about music?

Music speaks. People have that song they play even when they are upset or sad because it makes them calm and at peace. I do the same thing. Even with my own song “I Can’t Let It Go,” every time I play it, I feel motivated to work hard. I think music is a way to free ourselves and send our message across. I hope it can send power back to the African community.

BREAKAWAY DAILY: If you had the power to change one thing about the hip-hop industry what would it be?

For me, I think the message to better people should be in our rhymes. Hip-hop should go back to that time when songs spoke to you. Why are there no songs about the police killings in America on the radio? Why are Africans killing each other and nobody is speaking about it? The government of each country are crooked.

BREAKAWAY DAILY: Who are some of your favorite hip-hop artists?

BREAKAWAY DAILY: Do you let these kind of artists and albums inspire you or do you want to block it out and try to concentrate on your own sound?

Right now I want my own sound. I usually try not to listen to other people’s music when I’m working on my own album so their sound won’t influence mine. I want to have my own message and sound. That’s why a lot of the mainstream hip-hop today has no message. You are either a follower or a leader. But when you want to be leader you also have to build off something. We are our own boss. If we want to create a sound we can, but respect has to be there to who created it like all the others who make way for us like Akon for African, Eminem to white, 2pac for black movement. They created their sound. We can too.