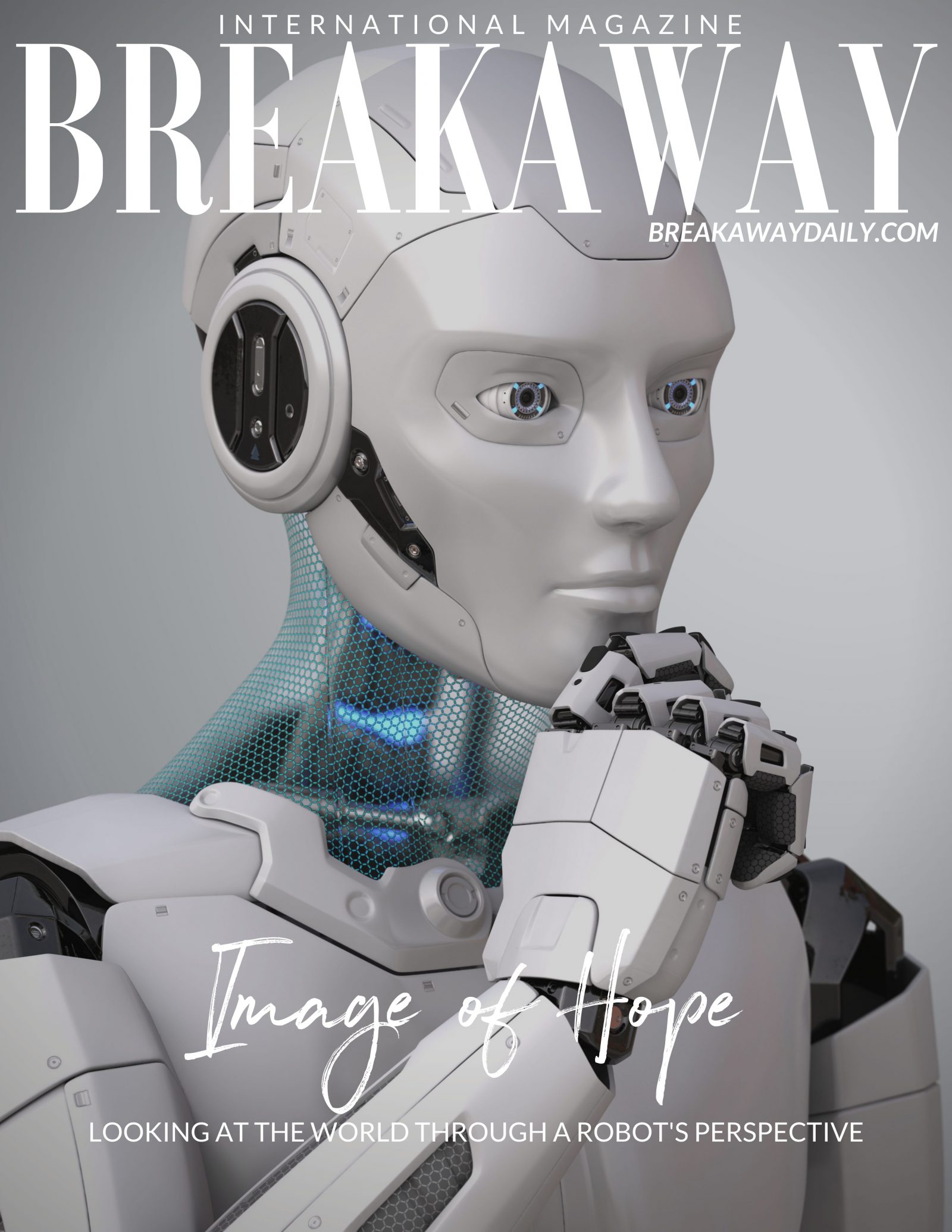 Robots take over the world and it’s the end of humanity. We’ve seen this tired trope in tons of sci-fi concepts. But what happens when a robot becomes the image of hope?

Julian Jewel is a technological evangelist who uses media and the idea of a robot as a mascot for awareness towards environmental, psychological and wildlife preservation.

As a young teen, Julian enjoyed building Lego robots and connecting them to a computer. His passion for technology and artificial intelligence led Julian to attain a Bachelors in Engineering with a Masters in Software Engineering.

Humanity appears to be going down a dangerous path. We’ve developed weapons powerful enough to lead to destruction and we’ve been altering Earth’s climate for decades without much regard for the serious consequences. Julian hopes to change our perspective on this and our lives by guiding us with JJAIBot.

Julian is spreading the message about technology awareness to younger generation through hip hop music he has written and accompanying music videos.

“Music reaches the soul,” says Julian. “What better way to get people to understand a concept than a reference, a story or in this case, music. I take every human emotion and then build an AI perspective around it.”

When we see science fiction and technology depicted in different forms of media, they are able to tap into a human emotion through a story. That is one of the most efficient ways to get a message across. There is technology, but it also highlights honor, valor, and sacrifice.

Julian is asking people to experience the concept of a robot looking at the world through philosophical logic and practical reasoning. His idea of an artificial intelligence BOT with emotional intelligence merged with human physiology. A very source and wellspring, of all true creativity.

“Direct knowledge of spiritual truth or ultimate reality can be attained through subjective experience,” says Julian. “My AI BOT is not rooted in faith, principle, dogma or belief. I question my existence and am naturally curious about the universe. An AI BOT is immortal. They do not possess envy, jealousy, lust, selfishness, etc. An AI BOT is a rationalist, trying to be mystic. If they were to experience the universe, and their logic holds up, then mysticism would seem like the most reasonable conclusion. Enlightenment is, in the end, nothing more than the natural state of being. An AI BOT’s perspective of the universe would be unique, fascinating, thought-provoking and world-changing.”

“My Emotional Processing Unit took “Pollution” as an input and converted it to different essential components of emotion: anger, fear, sadness, disgust, indifference and regret. The stimuli creates waves in my EMU that interact with each other which results in my emotional state. Am I not expected to understand and feel anger at the same speed as humans? So what you do think and what do you feel about it? That’s valuable to me.”

“I (AI Bot) can detect signs of depression in pictures on social network. I’m trained on cognitive behavior therapy (CBT) methods, can learn emotional profiles and recommend activities such as meditation and breathing techniques to help maintain a more balanced mood. My machine learning algorithms learn user emotions and recommend interventions to help users maintain an emotional balance. My predictive analytics engine is used to recognize patterns in user activity, measure progress and to identify changes that may indicate potential issues.”