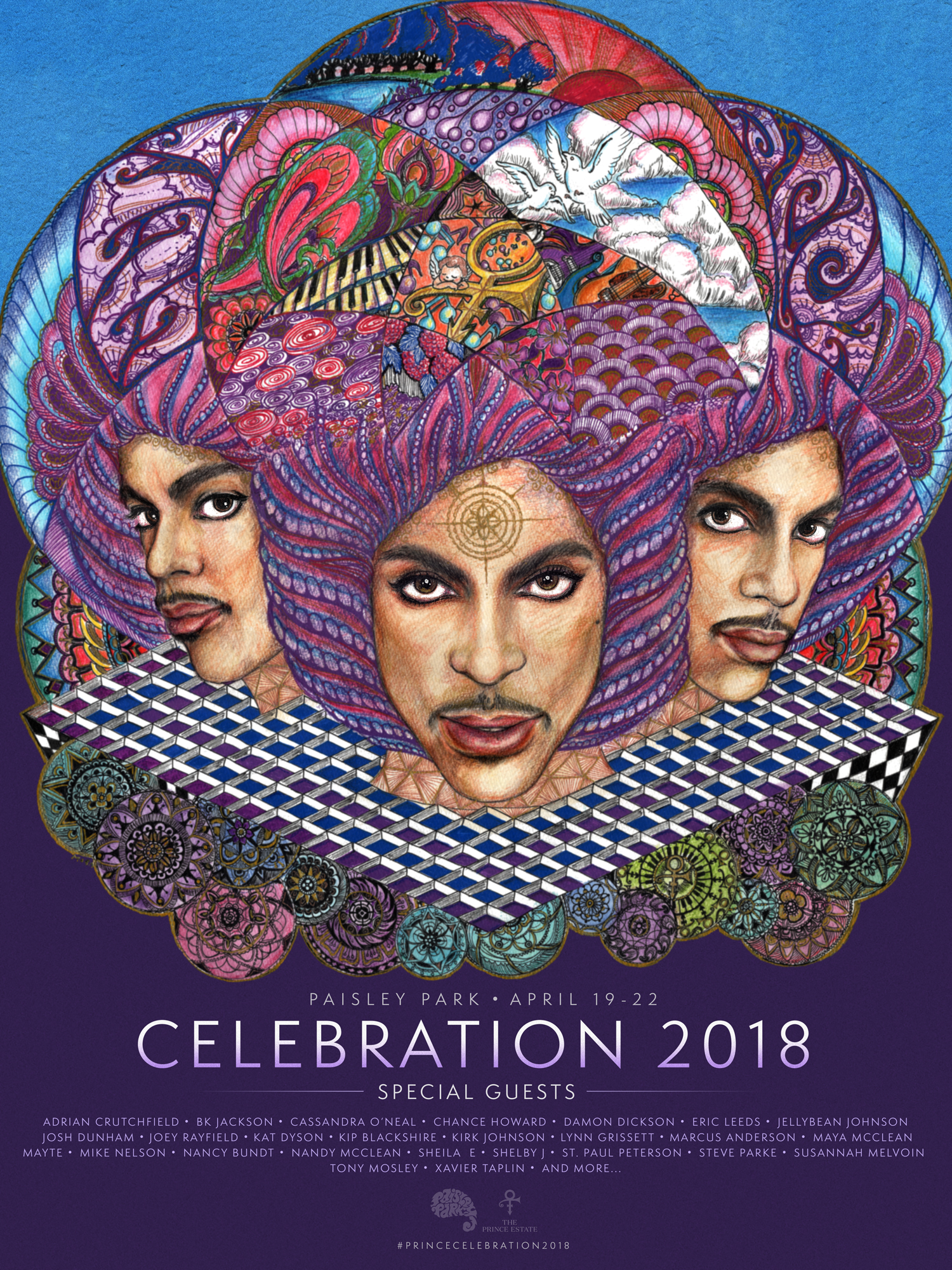 Fans, friends and family marked the second anniversary of Prince’s passing with a four-day celebration at Prince’s Paisley Park in Chanhassen, Minnesota. Celebration 2018 honored the unique life and legacy of the prodigiously talented cultural icon Prince Rogers Nelson. In its second year, the four-day special event took place between April 19th and 22nd at Prince’s historic home and recording sanctuary outside Minneapolis at Paisley Park.  Celebration 2018 has brought together fans from 30 different countries and 5 continents as well as Prince’s closest associates and musical collaborators.The event welcomed fans from around the world into an inspired environment of live music, panel discussions and special presentations highlighting Prince’s tremendous talent, influence and importance as a composer, musician, producer, live performer and filmmaker.

Musical guests that performed at Paisley Park during Celebration 2018 included internationally acclaimed artist and long-time Prince collaborator and friend Sheila E, fDeluxe (formerly known as The Family) which features past bandmates and friends Susannah Melvoin, Eric Leeds, Jellybean Johnson and St. Paul Peterson; and a new group of Paisley Park and New Power Generation musical alumni, The Funk Soldiers, who made their collective debut at the event.

Included in the Celebration 2018 ticket was an exclusive off-site concert event titled Prince: Live on the Big Screen, held Saturday April 21 at the Target Center in Minneapolis. The concert featured newly remastered and never-before-released audio and video of Prince accompanied live on the Target Center stage by an all-star ensemble of musicians who performed alongside him  throughout his career. The live Target Center experience will showcased Prince in his own inimitable sound and style, highlighting the incendiary energy he brought to each performance.