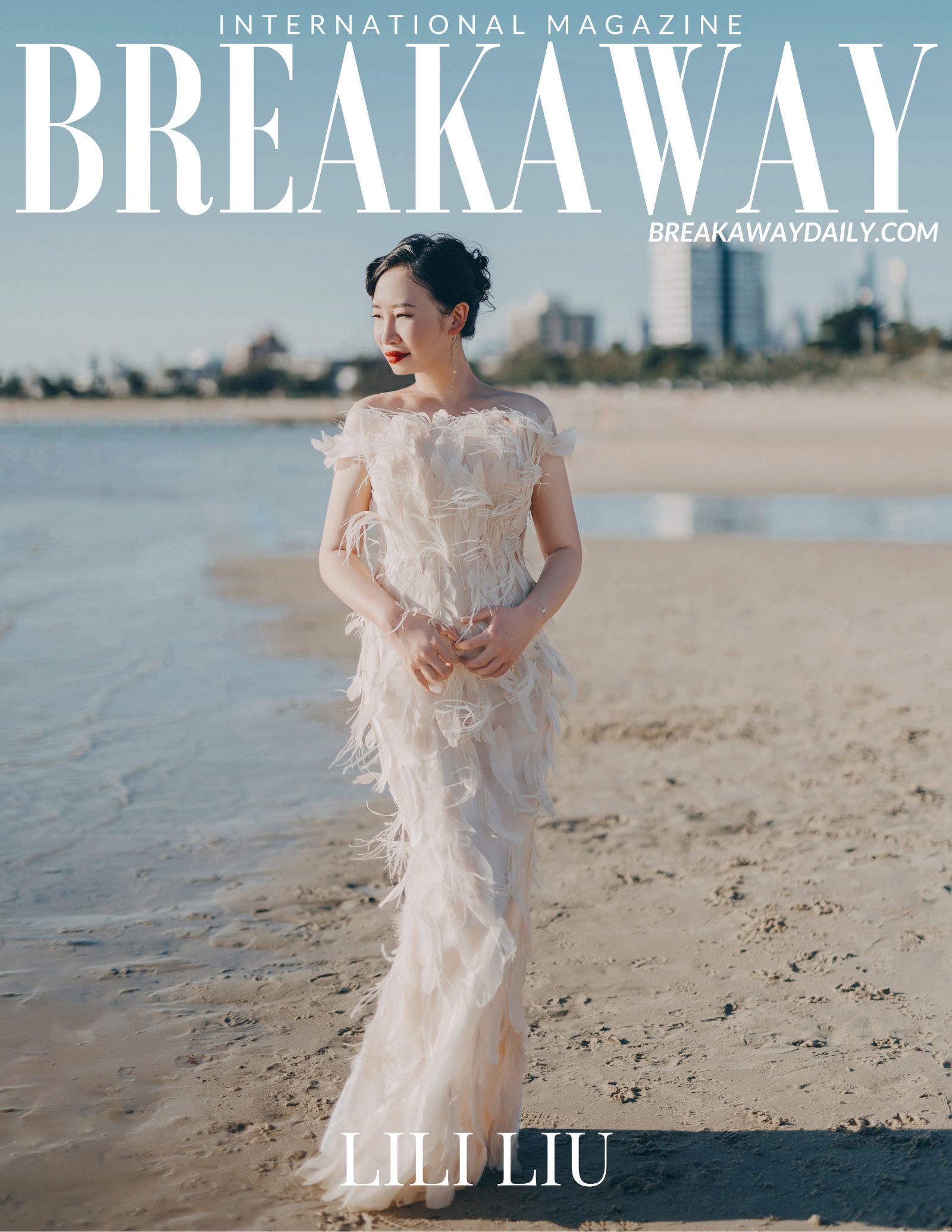 We often identify ourselves based on what we do, believing it is our identity. This fixed identity is often tied to the core of our sense of self when defining who we are. Sometimes we are seen as being one thing, when we have more to offer. Renown classical pianist Lili Liu knows this dilemma all too well. Her identity reaches far beyond the practice room or the global stage. Lili is constantly on a mission to reinvent herself, to grow and seek out new ways for self-expression. Lili is a creative chameleon; she is always changing as she delves into many creative pursuits. As she finds new ways to create, she is unwilling to be stuck in a single box. She is multifaceted, moving from strength to strength. Her story contains a powerful message representing the ability to evolve with grace through self-determination. She encourages us to step out of our comfort zone and spread our wings. Until we do, we won’t know how far we can fly.

“I feel the urge to breakaway from any fixed identity people put upon me. Whenever people only see me as a classically trained pianist, I want to break free from that identity. Creativity is forever flowing. It’s endless and interconnected through a lot of different fields. Though I’m a musician, I also enjoy acting as a way of storytelling.”

Showcasing another part of herself, she hopes to inspire audiences about Chinese culture as she stars in the musical drama series Life as a Summer Flower. Based on the novel by Xiaolin Shen, Lili will play the female heroine Pingyuan Xue. Lili brings her gifts to the online production not only as the lead actress, but as a talented composer, musician and producer.

The series is set fifteen thousand years ago in Ancient China and follows Pingyuan’s life. Pingyuan was born to a peasant family during the Liang Dynasty of the Wei Jing, Northern and Southern dynasties (534-589). Pingyuan rises above her circumstances, becoming a legendary warrior and discovering love along the way. She goes on a journey of self discovery, all while questioning cultural and gender stereotypes. Paralleling with her character, Lili has also been on a path of self-discovery her whole life.

Born in Xiangyang, Lili was immersed in a historic region of China. It is one that is steeped in Chinese art, history and culture. She credits the area with building her passion for storytelling. By the age of seven, she had already started writing songs. A love of classical music soon followed. An important turning point came at age twelve, when she first heard Fou Ts’ong play Chopin’s Nocturen in C minor Op. 48 No. 1. Lili found herself dreaming about performing in concert halls.

The opportunity to study abroad presented itself. She took a leap of faith and entered a student exchange program, which led to her going to high school in Australia. While there, she discovered the writings of Romain Rolland and the music of Franz Liszt. Inspired, she knew she wanted to study music professionally. With the full intention of moving forward in her creative passion, she went in search of a piano teacher in Brisbane.

Lili excelled at her lessons, mastering the piano. She continued her musical journey as she went on to study classical music in Melbourne at university. This led to an impressive career on stage. Lili has performed at venues across the world including the Sydney Opera House, the Melbourne Recital Center and venues across China. Still, she knew there was more. Her limits were not yet reached. Lili’s artistry surpassed many levels, and her creativity was meant to be shared.

“I enjoy the creative process, not only the end product. When I get into my creative zone, I feel intensely present and lose track of time.”

She started to explore her Chinese heritage on a deeper level, all while continuing her work singing, composing, song writing and playing piano. The wealth of material that she could pull from was like a deep, endless well. Taking an interest in the business side of making music, and taking control of her projects, she also sought to produce her own music independently.

Over time, she was left with a burning question. Why wasn’t there more diversity and culture in the many works she’d been exposed to? Why wasn’t eastern culture represented in western art and music more? There was a wide gap — one that she couldn’t help noticing. She went in search of productions that meshed the two pieces together, but it felt lacking. The thought lingered.

As a natural storyteller, she knew it was a gap worth delving into. The idea intrigued her and opened new creative areas to explore and pursue. That was a creative avenue that she was looking to explore as an actor, musician and storyteller. She sensed a rebirth. She would recreate herself musically and enter a new phase of her career. Meshing the two sides of the coin, eastern and western culture was her path. It wasn’t just about understanding Chinese culture, but also learning about the western audience and their expectations. It was important to immerse herself and deeply understand both cultures to make things work.

Lili has come to love acting and exploring human psychology. Lili sees acting as an exercise in exploration. When delving into her acting, she focuses on understanding character motivation which allows her to immerse herself deeply into the moment.

“I love that acting frees you to become another person, letting you temporarily inhabit and tap into their identity. In my first acting lesson, my teacher asked me to explore the motivation of a character. I really enjoy this part of acting, to delve into the characters as real people, and understand them.”

Her desire to act, along with her passion for Chinese culture, was a perfect match when her friend showed her a novel she’d been working on, Life as a Summer Flower. Xiaolin Shen had been writing a story about Pingyuan Xue.

The words deeply resonated with Lili. It was the type of story she’d been looking for. Her company, Liu Entertainment (L Enter Pty. Ltd.), is backing the movie adaptation based on the novel. It will be shot in early 2021 with a strong emphasis on combining the two cultures. Lili is excited to share authentic Chinese history, culture, language, costumes, and art. The production will be shot in Melbourne and Sydney with an international crew of talented music producers and actors. The Chinese language online series will be sub-titled in English.

Lili is also working alongside international musicians to develop the original soundtrack for the series. Listen to clips from the soundtrack and be inspired:

Listen to the soundtrack on Spotify.

Lili Liu will continue to amaze us with the clarity of her insights about what it means to be an artist in the 21st century. She will easily surprise and delight us with whatever comes next.

For more information on this creative genius visit her official website where you can learn more about her creativity and where she showcases videos of her performances, current projects, and more.

Become an Associate Producer by donating to Life as a Summer Flower: If you would like to donate to assist the production of the series, donate via Lili’s website where you will be given an associate producer credit.