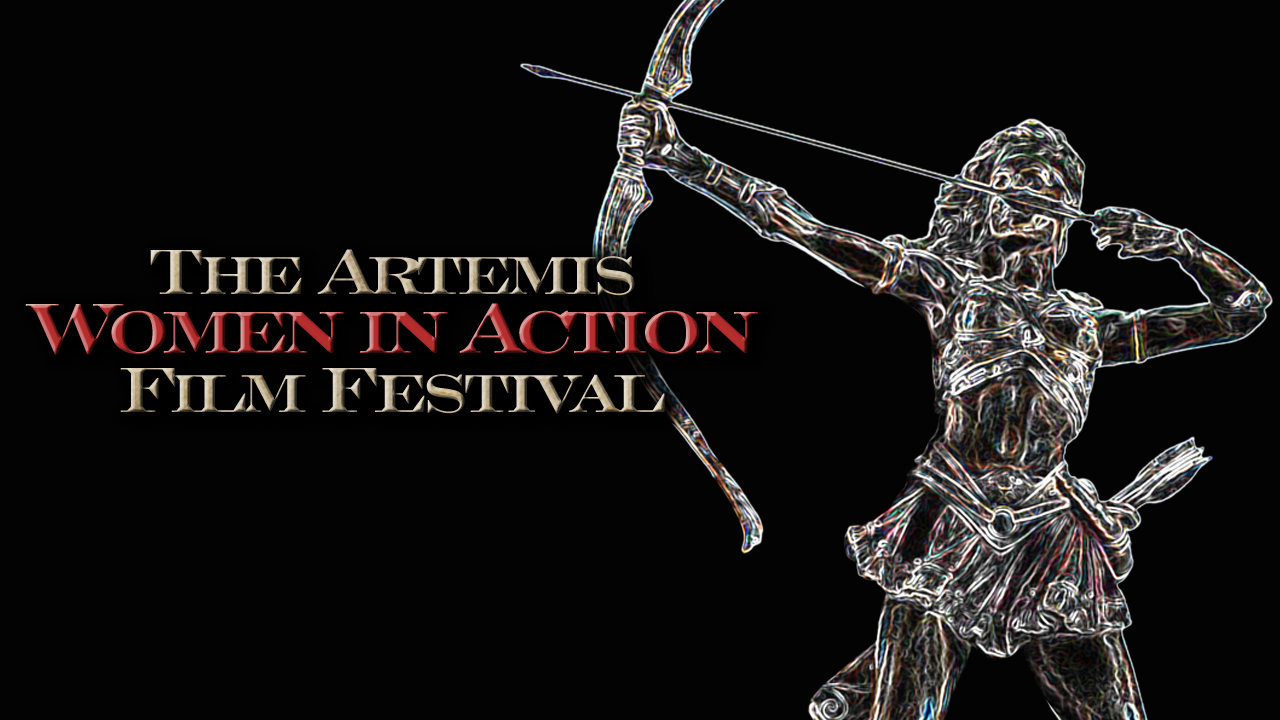 The Artemis Women in Action Film Festival is the first and only film festival honoring ‪kick-ass‬ female driven action films! The festival is taking place at the Ahrya Fine Arts Theater in Beverly Hills April 22nd through April 24th honoring powerful women on screen, those who contributed to the success of the genre, and the undiscovered talent of the future. From superheroes to super stuntwomen, from martial artists to mighty athletes, from women in law enforcement to women in the armed forces. The festival shines a spotlight on females in film who are fearless, fierce, and revolutionary. I spoke with festival founder Melanie Wise & festival Honoree action powerhouse ‪‎Yancy Butler‬ about the festival, women in Hollywood, why paying tribute to women in film is so important right now and much more. 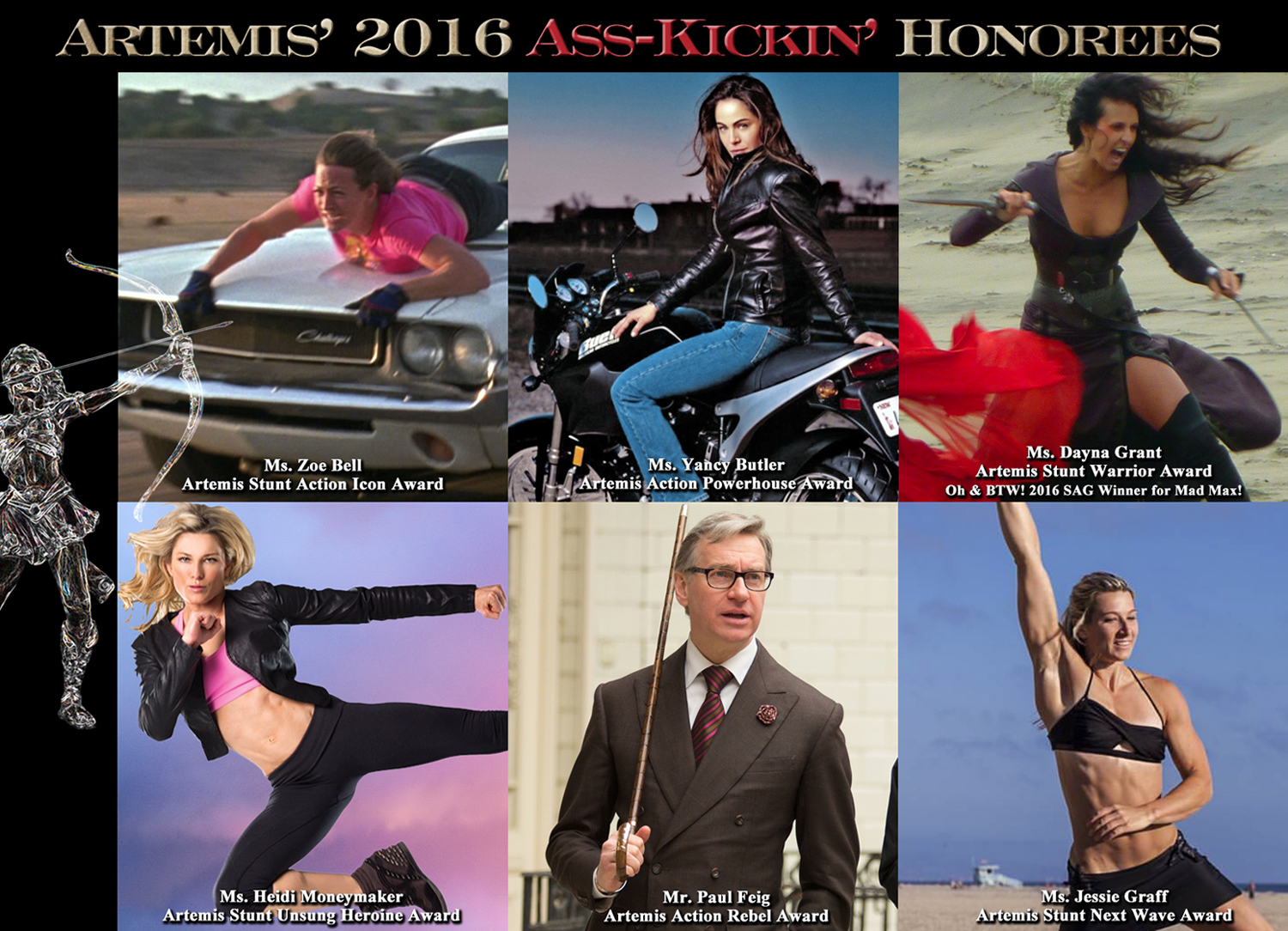 Yancy Butler will be receiving The Artemis Action Powerhouse Award for conveying a true sense of power and strength in her roles. Yancy is known for playing strong, physically active roles including a police robot in the TV series Mann & Machine, and a police officer in Brooklyn South. In Drop Zone she was a skydiver who helps Wesley Snipes catch robbers and in Fast Money she was a master car thief leading the cops on a merry chase. Yancy has also starred in such awesome action films as the Kick Ass movie franchise, Lake Placid, and Hard Target alongside Jean-Claude Van Damme – just to name a few!

She is also a cult icon having played the powerhouse role of Sara in Witchblade. Based on the comic book series of the same name, Witchblade was a very successful TV series where Yancy played a cop and a warrior wielding a supernatural artifact to fight supernatural evil.

BREAKAWAY DAILY: You have played some really kick ass roles! What has been some of your most memorable ones?

YANCY: I loved playing the character Jessie in Drop Zone. Especially because it was originally written for a man (they were thinking of offering to Mel Gibson). The director John Badham and Paramount decided not to make another “male buddy” movie. Interestingly enough, none of the dialogue was changed to make it more “female” and they kept the scene when Wesley punches me in the face. My character deserved it.

Another memorable role was Sara Pezzini (Witchblade). Man, I loved playing her both in the film and the (unexpected) subsequent TV series. Tough and vulnerable at the same time, Sara was able to grapple with many life’s challenges … and even some not of this life.

Melanie, this is the second year of the Artemis Women In Action Film Festival. Why did you want to start a film festival to honor women in action films?

Because no one else did! 😀  The women who play roles in action films are so astounding and inspiring, and those characters ask everyone who watches them to step into more personal power.   In the world, women are largely overlooked in film, we felt it was long overdue that bad ass women were recognized.  Not to mention the fact that when women see women in roles that challenge stereotypical gender roles, all women begin to see a larger life picture, more possibilities for themself.  And that’s really the whole point, as we look out into the world, our world should not be defined by  “…. well, because you’re a women, you’re not as good at …. fill in the blank.”  We all really need to rip off the constraints of the boxes we think women or men ‘should’ live in.

What were some of the challenges of starting a festival?

Money, money, and more money!!!  It’s a costly, time consumptive endeavor … it is a labor of love.

You are not only honoring powerful women at the festival, but also Hollywood veteran Paul Feig with the Artemis Action Rebel Award. Why did you want to honor Paul?

Because he’s a visionary who’s unafraid to challenge the conventions of how women are portrayed in film.  Watch any of his films, and he mercilessly shreds so many stereotypes and he does it with great humor.

BREAKAWAY DAILY: Your entire family has performance in their blood. What has drawn you to action roles specifically Yancy?

YANCY: Action roles were not necessarily something I set out to do.  Dick Wolf cast me very early in my career as a robot in Mann & Machine and more action roles just kept coming. I am grateful and will kick as long as they let me!

There has been a more open dialogue of diversity in film recently. While diversity is not as big of an issue in television or independent films, how do you best see gender and racial diversity being resolved in mainstream film Melanie?

By simply casting films so that they more resemble life.  The last time I looked around, Americans were not all white, or all male ….

BREAKAWAY DAILY: Melanie and Yancy, do you think that more female driven action films are being produced in Hollywood or do you think there is still a long way to go?

MELANIE: Hollywood is coming round the bend on female led action films … but there is still a long distance to travel.

I’m very glad to see films like Mad Max: Fury Road, The Hunger Games series and the like in the world.  AND we need more of them!  If memory serves, only 12% of studio films have a female lead. I think this statistic speaks volumes.

I have read that only 6% of women fill positions in production – this includes everything from directors to electricians to set decorators.  That’s not only a small percentage, but is not a realistic portrayal of women in the work force and society at large. It is imperative, not just as actors, but as all cogs of the huge wheel of production that we create more role models for young women who not only want to work in this industry but in all careers.

What is some of your favorite female driven films you have seen recently?

MELANIE: I think my two favs of late would be The Heat and Spy for the reasons I mention re: Mr. Feig. The fight scenes in Mad Max: Fury Road are totally stellar.  I certainly lean more towards films that really use the physicality of women.  Obvious choices, would be Matrix and Salt because there was no real definitive difference in how male and female roles were written.  In other words, the strong, physically capable female roles were not ‘written for women;’ they were just strong women.  The character written in Salt was first and foremost a spy, not a woman!

BREAKAWAY DAILY: Why do you think paying tribute to the amazing women in film is so important right now?

MELANIE: If we look back in history, in tribes where the women hunted and went to war alongside the menfolk, the women held higher status in their cultures.  So if we boil that down, what what we really should be learning is that when women are seen as more physically equal to men, they are treated better.  I’ve long said, “Until women are seen as physically equal, we will always be seen as less.”

BREAKAWAY DAILY: Are there significant films you feel have influenced you Melanie?

MELANIE: Linda Hamilton in Terminator 2 was very influential on a level I’ve never been able to adequately describe.  And is the first, and still one of a few where the physicality of the actor so perfectly matched  the written character.  And because of her physicality, she was much more believable in the role.

BREAKAWAY DAILY: Can you tell me a bit more about some of the highlights the Artemis Film Festival has this year? What is the selection process for the festival like and what do they strive to do?

MELANIE: We’ve got a really stellar edition lined up this year. AND it’s really hard to pick highlights because so much of it is so amazing.  We have so many great narrative and documentary films …. of stuff most folks have never seen or even heard of.

Did you know the world’s most winning basketball team was an amateur female basketball team?  And between the years of 1956 (or so) to like 1972, they have the winning-est record in the world – over any pro team, male or female, and as of the year the film came out, their record has never been broken.  These are the types of things we show.

We pretty much have ‘the gold standard’ of stunt women participating, plus Andy Armstrong who has been doing stunts, stunt coordination, etc, for some of Hollywood’s biggest movies. Moderated by Sheena Metal

Sheena will interview this year’s honoree and VIP guests for her radio show. She’s an amazing on-air personality with a rapier wit!!!

Here’s where we’ll award all of our 2016 honorees and all are going to be in attendance.

This lady is amazing and her film is too!

BREAKAWAY DAILY: What are some of the current projects you are working on currently Yancy?

YANCY: This year I’ve been blessed with several films, most notably Roger Corman’s Death Race and playing Salome in Chasing The Star.

Looking forward to those! Thank you Melanie and Yancy for taking the time to talk with me today. Lots of continued success with your careers and the film festival. Women kick ass!