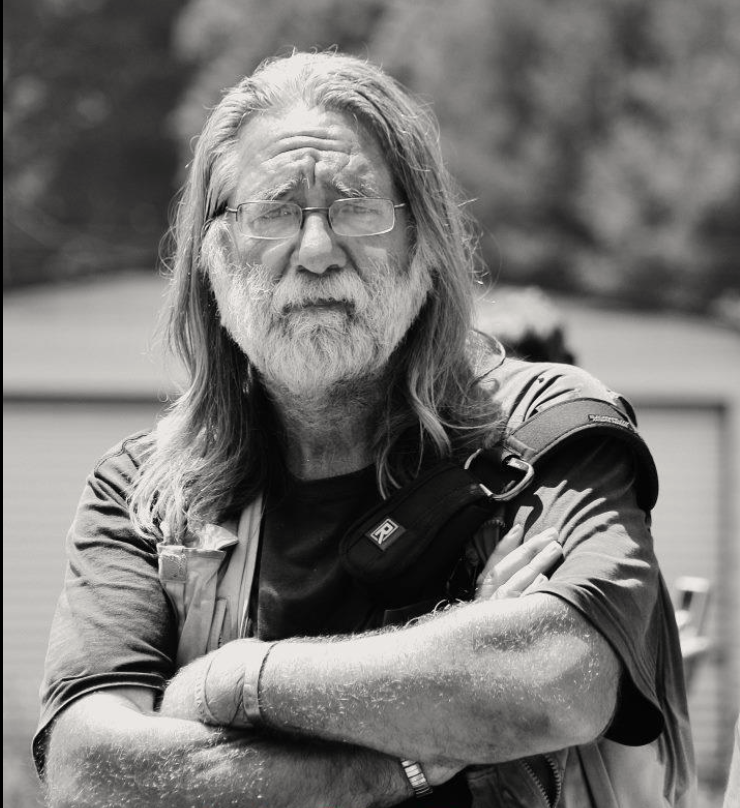 Jerry Nelson is a travel and adventure photojournalist as well as a freelance editor. Photojournalism placed right in the heart of the moment. Freelance photojournalist, American, now based in South America and continuing to cover social justice issues globally. His body of work has been seen on leading media companies and top print publications around the globe. His images have been viewed by millions via TV, print, books, online and on tangible products. With humanitarian leanings Jerry has also worked on various assignments in the non-profit and NGO sectors and is always keen to work on all causes close to his own beliefs. He shares his passion and skill by teaching, writing and giving tours on how he does what he does and what he encounters on his travels when armed with nothing more than a camera. Capturing culture, country and everything that crosses his path Jerry has the ability to get in the middle of it all.

Thank you for taking the time to chat with me Jerry. Your work is really spectacular. hat got you hooked on the art of photography?

JERRY: Thanks for the kind words about my photography, but I need to correct you on one thing. I don’t see my photography as “art.” All I do is, like the tag-line on my website says, “I See It. I Shoot It.”

You are the artist. You, as a writer, and painters, sculptors and songwriters, are the artists. To me, an artist is a person who creates something that didn’t exist and gives it life. Me? I just capture what I see.

But how did I get ‘hooked?” I’m not sure. Somewhere along this journey called life, the idea that I could take a small black-box and capture what I saw and have others be impacted by my vision motivated me.

BREAKAWAY DAILY: Are you formally taught or self taught?

JERRY: I never had the chance to get trained as a photographer, and I’m glad. Too many photo schools teach people how to take pictures the way the professor thinks pictures should be made. Sure, there are some technical aspects which can be learned in a photo school, but this is 2015 and with You Tube, all of the technical stuff can be learned online.

BREAKAWAY DAILY: How long was the transition from hobbyist to paid professional?

JERRY: The transition from hobbyist to paid professional was almost instant. In the middle of the last decade, when my divorce was final, I was in Washington DC planning a cross-country, solo, unsupported bicycle trip. National Geographic heard about my plans and put a camera in my hand. Rails-to-Trails Conservancy were kind enough to put a GPS on my bicycle and ask that I write for them, so for the better part of a year, I was rambling all over America as I headed generally towards the west coast.

BREAKAWAY DAILY: How would you describe your style of shooting?

JERRY: My style of shooting? Great question. I didn’t know I had a shooting style. But, if I do, I guess it’s driven my my personal goal. I want to capture “the” image that makes a difference in the world. In America, we have many “iconic” images that changed things and moved people.

The mother sitting in the shack door with her hungry kids. The little girl running naked down the path in Vietnam as her village burns her. The girl at Kent State kneeling beside the body of her friend.

These are all “iconic” images that made influenced the direction of social justice. I want to capture that image. I want to capture an image that 100 years from now, people will point to and say, “that made the difference.” I don’t care if they remember my name, but I want them to remember the image.

BREAKAWAY DAILY: What equipment do you like to shoot with? How do you develop and/or edit?

JERRY: I shoot with whatever gear is handy. I’m not a “gear head” so I don’t worry about pixels, focal lengths and all that other garbage that get in the way of shooting. Right now, I shoot with a Nikon D7100 that a friend in America put into my hands, and I’m grateful for it, but I just don’t let my mind get wrapped up in the “techie” part of making images.

BREAKAWAY DAILY: You have done extensive traveling, what are some of your favorite places to visit and shoot?

JERRY: My favorite place is wherever I’m shooting at the moment. But, you’re right. I ‘ve been blessed with the chance in life to do a great deal of traveling. If I was forced to pick just one shoot? Possibly the night that I sat out a rainstorm in Angor Wat Temple. Or was it the six-weeks I spent in the desert, caught between the Los Zetas (a Mexican drug cartel) and the militia. Or was it…well, you get the picture. One shoot that definitely stands out is October, 2012. I was in Tennessee to shoot a Cherokee pow-wow and my fiance flew to the states to visit me. I asked her to marry me, she said “yes,” and the Cherokee gave us a full, traditional Cherokee wedding.

BREAKAWAY DAILY: When you are photographing all-encompassing, awe inspiring walks of life how do you gain trust and access?

JERRY: I’m able to gain access to the shoots by just being myself. When I arrive at a gig, people don’t know what to expect. I learn what their idea of a successful shoot would look like and we work out the details together. It’s their story and I need to try to achieve their goal of getting it told. Sometimes, what the client wants isn’t technically possible. With the right frame of mind and approach, we can usually make the client’s vision a reality.

BREAKAWAY DAILY: Talk about the positives and negatives in being photojournalist?

JERRY: Yesterday (January 10) was a perfect example. I was shooting the Formula E race here in Buenos Aires and the Amlin team wanted some shots of their cars in the garage area. I met briefly with the Director of Communication to discuss the logistics. What he wanted just couldn’t be done. There was no way to cram everything into the frame that he wanted. A cigarette and cup of coffee later, we hammered it out and he was more than happy with the results. Amlin went on to win the race, so those images have gone global in less than 24-hours. That wouldn’t have happened if I hadn’t taken the time to get an idea of what the team thought would make great images.

The positives, of being a freelance photojournalist, are many. I work when I want. I go where I want. I have the freedom to accept — and reject — gigs that may or may not meet my interest. I’m allowed into the inner-workings of corporations and governments wherever I go and I’m welcomed everywhere I go — from The White House in America to the alley-kids in Paris to the “cartoneros” in Buenos Aires.

The negatives? This is a rough way to make a living. There are no deep-pockets to fund trips, replace equipment and the rest that you have to have the money for. The market is drying up because of the apparent attitude in America that everyone with a camera is a photographer. That leads to people willing to sell their work for pennies and a byline.The result is a mad race to the bottom for everyone and no one wins financially.

The other negative aspects can be the travel. While you were eating Thanksgiving dinner in 2011, I was embedded with OccupyDC in Washington toughing it out in 20-degree weather. While you were enjoying Christmas in 2010, I was stuck in Laramie, Wyoming at a convenience store waiting on the next Greyhound. Many people seem to think that my life is glamor and travel. The truth is I spend about 80 percent of my time behind the computer. Writing emails, staying in touch with clients, exploring new markets for my work, answering questions from “newbies” that want to get to where I’ve gotten. Only about 20 percent is actual, in-the-field, behind-the-lens working.

BREAKAWAY DAILY: What is one piece of advice you would like to offer a new photographer?

JERRY: Advice for the next generation of photojournalists? Mmmm….good question. I guess there’s three pieces of advice:

1. Value your work. Don’t sell your skill for pennies. Don’t whore yourself out for a byline. Don’t fall for the “but-you’ll-get-great-exposure” scam of people who want you to work for free — or very little.

2. Learn marketing skills. It doesn’t matter how great a photojournalist you are or how dynamite your images. If you don’t know how to market yourself and your work, no one will ever see it.

3. Shoot everything. At least when you’re beginning, don’t turn down any gigs. Shoot anything and everything. Then, as your skill-set grows and develops, you’ll be able to fine tune your interests. Eventually, you will not only be shooting just the things you enjoy, but people will find you to shoot for them.

I’m not a portrait photographer. I can’t stand to shoot landscapes. There’s nothing wrong with portrait, landscape or wedding work. But my years in the field have shown me that social justice issues are the things that get my juices flowing and give me reason to get up and go to work. I wouldn’t have learned that if I had focused on just one small niche my career.

Bolivia, Russia, Ukraine and Pakistan are on the radar for this year. Some of them — or all of them — may never happen, or they may. There’s no way of telling. Many people contact me weekly about doing shoots and stories for them. The bigger the project, the more people are involved and the more persons have to “sign-off” on the project.

BREAKAWAY DAILY: What’s ahead for you over the next year, photographically or otherwise?

JERRY: One thing I definitely want to make happen this year though is a trip for Ale and I back to America. I’ve got a 92-year old mother that I’d like to see as well as a daughter I haven’t seen in about five years.