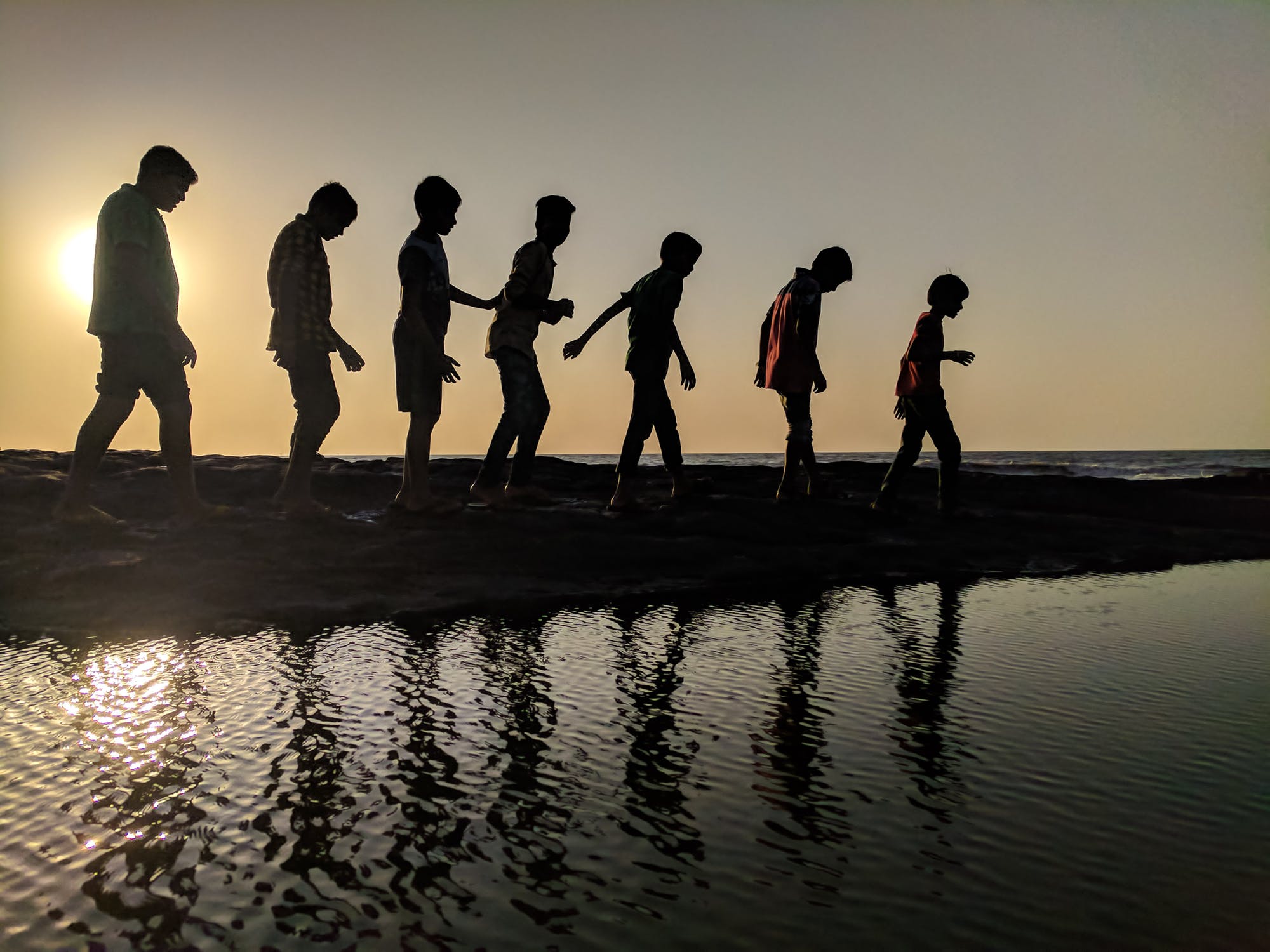 After teaching for seventeen years in the elementary classroom, David T. Straw decided to quit so he could turn his passion of writing into a profession. He is now a seasoned author and has published two other books including Complimentary Tales and Lost In Notebooks.  David was a competitive swimmer and sailor in his early years living in Miami Lakes, Florida. His love of the water would become a big influence on his life and writing. His latest novel Chasing Diamonds is a story of one man’s journey of self-discovery.

BREAKAWAY DAILY: Can you describe the plot of your novel, Chasing Diamonds?

DAVID: It’s about a man struggling in today’s world, which didn’t turn out as he thought it would. His fondest memories are of summers at the lake while growing up. He can’t let go, and it distorts his reality today. He also, for reasons he can’t explain, let go of his true love. His cherished memories end up haunting him. His children keep him going.

BREAKAWAY DAILY: How did the idea for the book develop?

DAVID: It started with scenes from the lake, originally nine or ten of them, which I turned into flashbacks. Then I built a story around them, which explain why the man thinks and behaves the way he does today. I took a young man at the time struggling with the things that have happened, and tried seeing him in the future as more middle-aged.

BREAKAWAY DAILY: How long did it take to write?

DAVID: About two years. I started it in 1999, writing all the flashbacks first. A few I even typed up on my manual typewriter. Then I wrote and built a story around them, written mostly in notebooks through 2000. The book was originally half flashbacks to the lake and his childhood, and half today’s world. In 2016, I finally typed it up on a computer and word processed it. I took out some flashbacks, and added two scenes. Then I sprinkled in cell phones to date the story, and added the parallel universes.

BREAKAWAY DAILY: When did you first realize writing was your passion?

DAVID: When I was in junior high in Miami, maybe thirteen or fourteen? It was an escape and release for me, and I’ve always been extremely visual. I finally got onto paper what I saw in my head, and maybe what I wanted to see in the real world. Also sailing out on the water, either Biscayne Bay or a small lake, was a vast canvas for my imagination.

BREAKAWAY DAILY: You were an educator, teaching elementary school for seventeen years. What made you want to start teaching?

DAVID: Teaching was always in me, I was a swim coach before becoming a teacher.

BREAKAWAY DAILY: What made you want to leave education to pursue writing full time?

DAVID: As much as I loved being a teacher, it was no longer for me. Parents forgot how to be parents. I gave up on the education system and where it is headed, as I couldn’t take it anymore. It’s not the same as it was eighteen years ago. Also our kids activities became more serious and important; my daughter in ballet and twin sons in tennis. When I am not writing, I shuttle them around!

BREAKAWAY DAILY: When you taught, did you try and bring books in as much as possible?

DAVID: Absolutely. My last eight years was in a gifted classroom, and my language arts was all novel & literature based. I had some freedom to ignore county/state curriculum and basal texts, and used authentic literature. It was great, until I was told I couldn’t do that anymore.

BREAKAWAY DAILY: What are some of your favorite books that you feel should be taught in the classroom?

DAVID: Tough one, too many to think of. We read Tuck Everlasting every year, and I liked the discussion of living your life, and living forever. There is a difference. Where the Mountain Meets the Moon is another one of my favorite books. It has insane figurative language, and we would read it when I was teaching figurative language in writing. Phantom Tollbooth is a must as well. There is a reason you should pay attention in school and be educated.

BREAKAWAY DAILY: Do you find that your experience as an educator influenced your writing?

DAVID: No. Writing in elementary schools is, unfortunately, very rigid, cookie-cutter type writing. It is driven by prompts and answering test questions. Teachers are forced to teach writing that fits into a format, a formula, that will get good test scores. It is also timed. I flat out refuse to write like this. When I taught writing, I only taught a skill for fifteen minutes, then we had thirty minutes to just simply write. I modeled writing for the kids and we wrote together. We shared our writing and took our time. I felt like I had to do all this secretly. As soon as this was taken away and I was being forced to teach writing the other way, I knew it was time for me to go.

BREAKAWAY DAILY: Do you wish you had pursued writing first, instead of being an educator?

DAVID: Delicate question. Right now I do, because I feel my writing would have gotten out quicker and faster. I would have been doing what I truly loved. I feel I lost a lot of my life to teaching, as it was a 24/7 job where I couldn’t “punch in and punch out” so to speak. The nights, weekends, and holidays spent grading papers and doing work was insane. Writing was definitely shelved.

On the other hand, I’ve made numerous friendships and built relationships with kids and families over eighteen years that I would have never done otherwise. I still keep in touch with several families and ex-students, and hearing that they still remember things we did in the classroom, and the positive comments from the year I was teaching them is very rewarding. My first third graders are now in their mid-twenties. I’d like to think they haven’t needed any therapy from the year spent with me.

BREAKAWAY DAILY: This is your third book. What have you changed or discovered about your writing style after three books?

DAVID: I honestly don’t know, or can’t tell. I think that’s for others to decide after reading my writing. I just write what I see in my head. If someone told me I needed to change my writing style, I would have no clue what to do. It’s just innate. It comes out however it comes out. I worry about showing a story, not a style it is in.

The one book is a collection of four short stories, spanning almost 25 years. I wrote “Tension” when I was 16-17, typing it. Looking at the original draft when I word processed it, I was way to heavy into details. If there is maybe a maturity in my writing, I think I’ve gotten away from this. At least I hope. Less is More, as I mention in one short story.

BREAKAWAY DAILY: How does Chasing Diamonds relate to your full body of work? Is there a common theme you want them all to have?

DAVID: I believe honor and integrity are two important values in life, that aren’t seen much anymore. I guess they tend to emerge in my storylines, with or without my intention.

BREAKAWAY DAILY: What are you working on next?

DAVID: I’m writing a story that takes place in New York City, during the 2007-2008 financial crisis. It follows three roommates, a teacher, a financial analyst, and bartender, and what happens to them all. It’s been new for me, as I’m writing out of my comfort zone. I’ve had to do more research than I have in my previous two books, where I was able to rely on personal experiences and knowledge, at least most of the time. I’ve come to love research.

BREAKAWAY DAILY: What do you want to say to others that want to pursue their passion, as you have done?

DAVID: Your passion is seen in your work, through your treasured skill. If there is no passion in what you’re doing, what’s the point? Hopefully your passion can support your lifestyle, that’s where things usually get tricky. Unfortunately, we have to listen to our brain and not our heart sometimes.

For more information on David T. Straw visit his official website. Chasing Diamonds is available wherever books are sold including Amazon.

The Villages, Florida: Margie Howd on her tribute to her grandparents through novel Love Letters from a Doughboy