In his novel, In the Beginning, Jaime Reyes addresses topics of spirituality and religion from the imagined perspective of a Neanderthal tribe. We talked with Reyes about his experiences with religion, his unorthodox journey to becoming a writer, and how he became interested in Neanderthals for the subject of his book.

BREAKAWAY DAILY: Tell us a little about your background.

JAIME REYES: I was born in Puerto Rico and moved to the mainland at age 8. I spoke no English, but at that age learning a new language is not difficult. After high school and waiting for college acceptance letters, I was drafted into the US Army and eventually sent to Vietnam. After I was discharged, I started my own business and ran it successfully for 7 years. My lifelong dream was to be a law enforcement officer. I sold the business and joined the Philadelphia Office of the Sheriff and served for 25 years.

During most of those years I also wrote many freelance articles and opinion pieces. At an age when most choose to enjoy their retirement, I went back to school and earned a BS degree in 2 years by utilizing the College Level Examination Program (CLEP), Prior Learning Assessment (PLA), and Experiential Essays.

BD: How has your experience as a soldier, businessman, law enforcement agent, father, and grandfather influenced your story about the Neanderthal man?

JR: Throughout life, all are influenced by experiences and genetic disposition. The sum total of nature and nurture. My varied career choices were influential in developing my story. The military trained me in combat, surveillance, tactics, stealth and comradery. A newspaper reviewer reflecting on my military experience wrote, “He’s resilient, hardened by the war, and it reflects in his writing – there are many detailed battle scenes that narrate the protagonist’s precise thought process in the heat of battle, down to each parry and sidestep.”  L. Krum, Northeast Times, June 2018

Business gave me insight in management and leadership. Law enforcement provided training in self-defense, investigation and a sense for justice. A good deal of the story deals with family relations.

My experience as father/grandfather is clearly evident in the interaction among family members. From the patriarch to the youngest, their love, dedication and loyalty to each other is essential in passing down the elements that make them strong.

I chose the Neanderthal era as a starting point because a few years ago I had my DNA tested and some of the results were surprising. As expected, my ancestry is 64% European (28% Spain) 18% Native American (Caribbean Taino) and lesser percentages of various other ethnicities. The surprising part was that I carry 3% Neanderthal DNA (278 segments). I later found out that most Europeans, especially those from the Iberian Peninsula, have up to 4% Neanderthal DNA. As a result of those findings, I did some research on my distant cave-dwelling cousins. The latest research indicates that they were not the ogreish brutes they are portrayed as in movies and earlier books. Their brains were 20% larger, and an imprint of the interior of the skull shows the symmetry was identical to modern humans, concluding that their cognitive function also had to be similar. The DNA sequence that determines speech was also identical to the sequence present in modern humans, suggesting they had complex speech. As a result of the revised data, I made Neanderthals more human. After my book was published, newer research found that Neanderthals and Cro-Magnon co-existed for up to 30,000 years, not the earlier estimate of up to 10,000, adding more validity to the assumptions in my story.

BD: What was the journey like from when you first thought of writing the book to now having it published?

JR: As I mentioned earlier, the story had been simmering for years. Although I wrote numerous articles and short stories, I kept putting aside the book project.

Then in May of 2017, I had a near-death experience. I flatlined twice and remained in a coma for almost two weeks. I eventually recovered, and when I finally went home after treatment and rehab, I realized that I may not have much time left. I decided that it was time to put my long dormant tale to paper and bring it to life. I wrote the first draft in three weeks and then took six months to revise, edit and polish.

I sent the book to the publisher and began re-writing the story in Spanish. That did not take nearly as long since it was just a matter of translating a finished project. While doing so, I realized that my story did not have a prominent female character. I called the publisher and had them delay the process so that I could make some additions. I was inspired by one of my great-granddaughters who is strong-willed, independent, spirited, fearless, strong and highly intelligent. I based the new character on her and she turned out be the favorite of many readers. 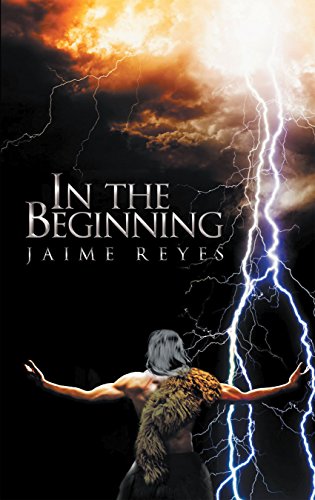 BD: Does this book reflect any of your own spiritual journey?

JR: When I was 12, I wrote a report comparing ancient religions with modern ones. I researched Greek, Roman and Norse mythology. I studied the various Christian sects. I read up on Mohammedanism (as the Muslims were known at the time), Hinduism, Buddhists and other lesser known belief systems. After my research I wondered why the old ones died out. In my young mind, polytheism made more sense due to the theory of division of labor. I thought one deity would have problems managing it all alone. I was raised a Catholic, but after writing my paper, I told my mother that I could not continue following a belief that I was not sure was the right one. The varied religions were to me like taking a trip where the traveler could go by plane, train, auto, bus, bike or just walk. The destination was the same: heaven, salvation, eternal life or redemption; but I wondered what would happen if one chose the wrong route or mode of travel and it turned out to be the wrong path after devoting a lifetime trying to get there. I told my mother that I could not continue believing until doing more research. Surprisingly, she accepted my decision and did not insist on my accompanying her to service. To this day, I have not decided which is the true way. My only “religious” affiliation is that I prefer Devil’s Food cake to Angel Food cake.

BD: The premise of this story is that the tribal leader needed to provide answers to help his tribes’ fear and apprehensions. Why was writing this story important to you?

JR: People from the very beginning, perhaps from the moment of achieving conscious thought, began to wonder about unexplainable natural events. Where does the sun come from and where does it go? What causes rain? and a host of unanswerable questions. It is believed that they likely attributed the events to supernatural beings. Discounting divine intervention, it is quite possible that someone, somewhere, sometime had to take into account his or her companions’ fears and lack of understanding and chose to interject him/herself between the believers and that which was believed. Whether that individual also believed or not does not matter. It was an opportunity that, altruistically or for gain, had to be seized and acted upon.

It is no different than Joseph Smith inventing Mormonism or L. Ron Hubbard developing Scientology. Nor much different than the era of Reformation when groups broke off from Catholicism and formed Lutheranism, Calvinism, Anglicanism, Greek Orthodoxy, and others to develop their own set of beliefs and rituals. They all believed they had better answers or better ways.

Most religions do good works and help others live well, but they need funds to maintain their activities, so they are also businesses. My story simply tells of the first one to assume the mantle of spiritual leader, priest, shaman or speaker of the gods: the earliest Joseph Smith or L. Ron Hubbard.

BD: Is there any one person that served as your main influence?

JR: I will forever be grateful to my mother and father. Although my mother had only a 3rd grade education, she was an avid reader.  My father never went to school a day in his life, but taught himself how to read and write and could do calculations in his head faster than I with a calculator. Our mother taught my brother and me how to read and write when we were toddlers. Because I could read, they let me start first grade just shy of my 4th birthday. While the other kids learned their ABC’s, my teacher had me sit in the back of the room and gave me books to read.

When we moved to the mainland, my brother and I faced another challenge. The English and Spanish alphabet is nearly identical so we could “read” the words. The trick was learning their pronunciation and meaning. Mom kept us supplied with English books; at first comic books because the illustrations helped with meaning. She also had us listen to newscasters because she believed that their pronunciation was probably better than most. We read, we listened and we learned. Within six months my brother and I were “A” students once again, this time in English. It wasn’t that we were smarter, but that we had a tremendous head start and parents who cared. Their support and teachings are gifts that keep on giving.

BD: Do you have plans to write other books?

JR: I am presently preparing a non-fiction political treatise that I hope to publish before the 2020 elections. I am also working on another that is not quite a sequel but may present older versions of one or two characters from In the Beginning.

BD: Is there anything you would change about your writing process?

JR: One thing that I wish I could change, but cannot, is that I should have written my first book at an earlier age. One change that I have initiated is carrying a personal recorder. Some of my best ideas pop into my head when driving or otherwise unable to take notes.

I’m also planning to restore my little beachfront property that was destroyed by Hurricane Maria, and time permitting, pretend to be Papa Hemingway and write to the sounds of the waves.

BD: What advice would you give to someone else about writing and publishing a book?

JR: Simply write! If you have an embryonic idea or plot, start writing. Make your laptop an incubator – add something every day, whether it is five words or five paragraphs. Let it grow from a sperm/egg unity, to zygote, to blastocyst, to embryo to fetus. Gestation may take less or more than nine months, but it will eventually emerge as a bouncing baby book. Do not wait until you find yourself on a deathbed wishing “If only..?”

In The Begging is available from Amazon.