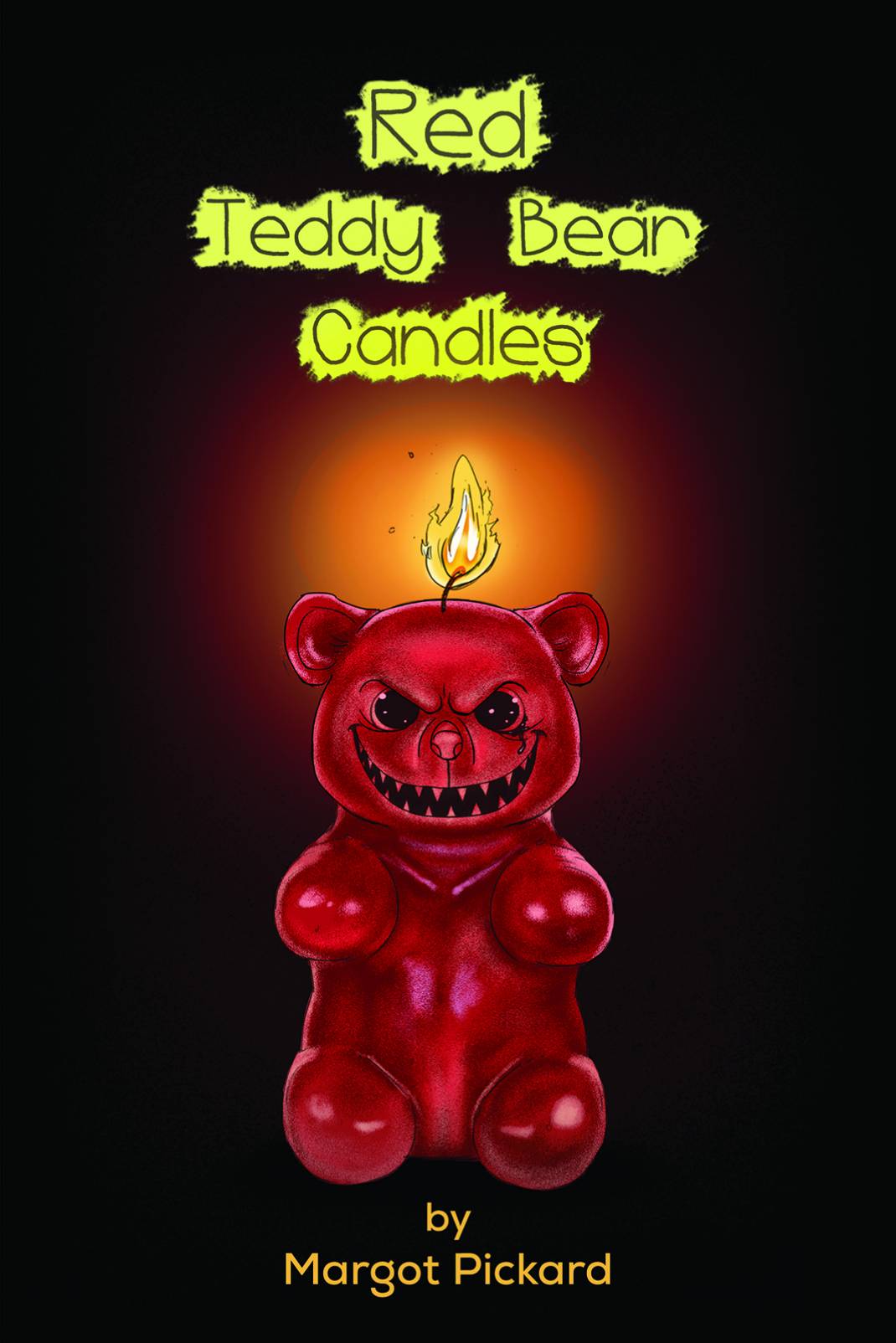 Broken ankles were a turning point in Margot Pickard’s career. With an avid love of words, she’d always considered writing a book, but having a career within editing she never quite got around to it. Until, she was forced to take her life back. Margot’s fascinating tale Red Teddy Bear Candles is a thriller with twists and turns that centers around a woman who creates a new identity to deal with childhood trauma.

“I’ve been fascinated by words since I was a young girl. I often wonder if others sit and ponder, as I do, how threading simple words together can create such emotional, tear-inducing moments, yet still have the capacity to deliver devastatingly psycho-destructive consequences.”

Breakaway Magazine spoke with Margot Pickard about her personal life and the inspiration behind writing her first thriller. Here is what transpired during our discussion.

Can you tell us a bit about yourself?

I am married, a mother to one son and grandmother of five. My husband and I live in a peaceful rural village in southwestern Ontario, on the north shore of Lake Erie. I semi-retired thirteen years ago, after a long, fulfilling career in the world of marketing and communications as a proofreader/editor/copywriter. Then I started my own business offering clients the same services, but on a very selective basis.  Over the next ten years, I continued to do what I love to do, work with words, until retiring completely in 2016.

What inspired your story?

I have always wanted to write a book, but due to the intense, laser-focused nature of my work, I usually had no creative cells left in my brain at the end of the day to put toward writing something of my own. All that changed in March of 2017. During a dark, cold, and rainy morning I took our two dogs outside, slipped, and fell down a small flight of stairs. I broke both of my ankles, one of which was so severely damaged that it required surgery to put it back together, followed by intense rehab. I was confined to a wheel chair and the main floor of our house for almost four months, yet my computer was in my basement office. It had always been my outlet, but now, I couldn’t get to it. After three weeks of wallowing in self-pity, I knew I had to take a different, healthier approach to my situation. I came to the conclusion that it was the perfect time to finally write that book I had only ever talked about. My husband was only too happy (and probably relieved) to rewire our house and move my computer to the main floor. I immediately went to work. The words and story poured out over the next eight months.

The theme of the book deals with how a woman has dealt (or not dealt) with childhood trauma, by creating a new identity. Why did you want to touch on these themes?

It was an opportunity to create a story that wove together my fascination with the extremes of words. I am drawn to the power of words and the effects they have on the human psyche, whether pleasurable or painful.

Was any of it informed by your own experiences?

No doubt, all of us have noteworthy and cringe-worthy memories of past experiences, but this story is a complete work of fiction and is not at all shaped by my past.

How difficult was it for you to write?

It was difficult to write some passages, just by the very nature of their content. Yet, I felt the story would be incomplete if I didn’t include those uncomfortable moments and situations. All of it shaped who Megan was and would become. I tried to treat those passages with as much sensitivity as I could, and still adequately convey their existence. I hope I succeeded.

Any particular reason behind the red teddy bear candles? What sparked that iconography?

I wanted the cover to be an immediate visual juxtaposition between something as innocent looking as a small teddy bear candle, yet, suggesting the possibility that evil lurks within. It is also a metaphor for Megan herself; all is not as it seems.

What came to you first? The idea of what you wanted the story to be about, or the character?

The character emerged first, and I wrote the story around her. As for the storyline, many people have asked me where the origins of the idea came from. As many times as I have been asked, I still cannot answer. I honestly can’t recall.

Are you a fan or thrillers? Do you have any favorite thriller writers, novels, films?

Strange as this may sound, I don’t read a lot. When I was working for myself, the best my spent brain could muster at the end of the day was deciding what to watch on TV. As I was writing this story, I couldn’t read anything either, because I found that words/phrases/ideas would creep into my brain from someone else’s work.

It’s the same with background music; I love to sit at the computer and write with music playing softly in the background. But, I can listen to instrumental music only; vocals also creep into my brain and influence what I’m writing.

Is there a time of year that you don’t write?

I also never write during the summer. Where I live in Canada, we’re lucky to experience three to four good, warm months, so I spend as little time as possible indoors. Not to mention my limited attention span, due to just-passing-by butterflies, busy birds, and squirrels racing through the trees.

Is there another genre you’ve considered writing?

I loved the overall process of writing my first novel, so immediately dove into creating another. This time, however, I promised my 93-year-old mother that I would do my best to write something that was hopefully just as moving, yet with not one curse word in it. So far, so good!

Did you pre-plan your twists, or did they reveal themselves as you wrote the story?

My husband recently asked me how I pieced together the story. The best way I could think of to explain it to him was that it was like watching a movie in my head. I was never quite sure where the story was going when I sat down at my computer each morning, and was genuinely surprised when, rather than staring at the screen and second guessing myself and every word I wrote, it all just came out. I learned to trust myself.

Red Teddy Bear Candles is one that you’ll want to add to your nightstand, it’s available via Amazon and wherever books are sold.