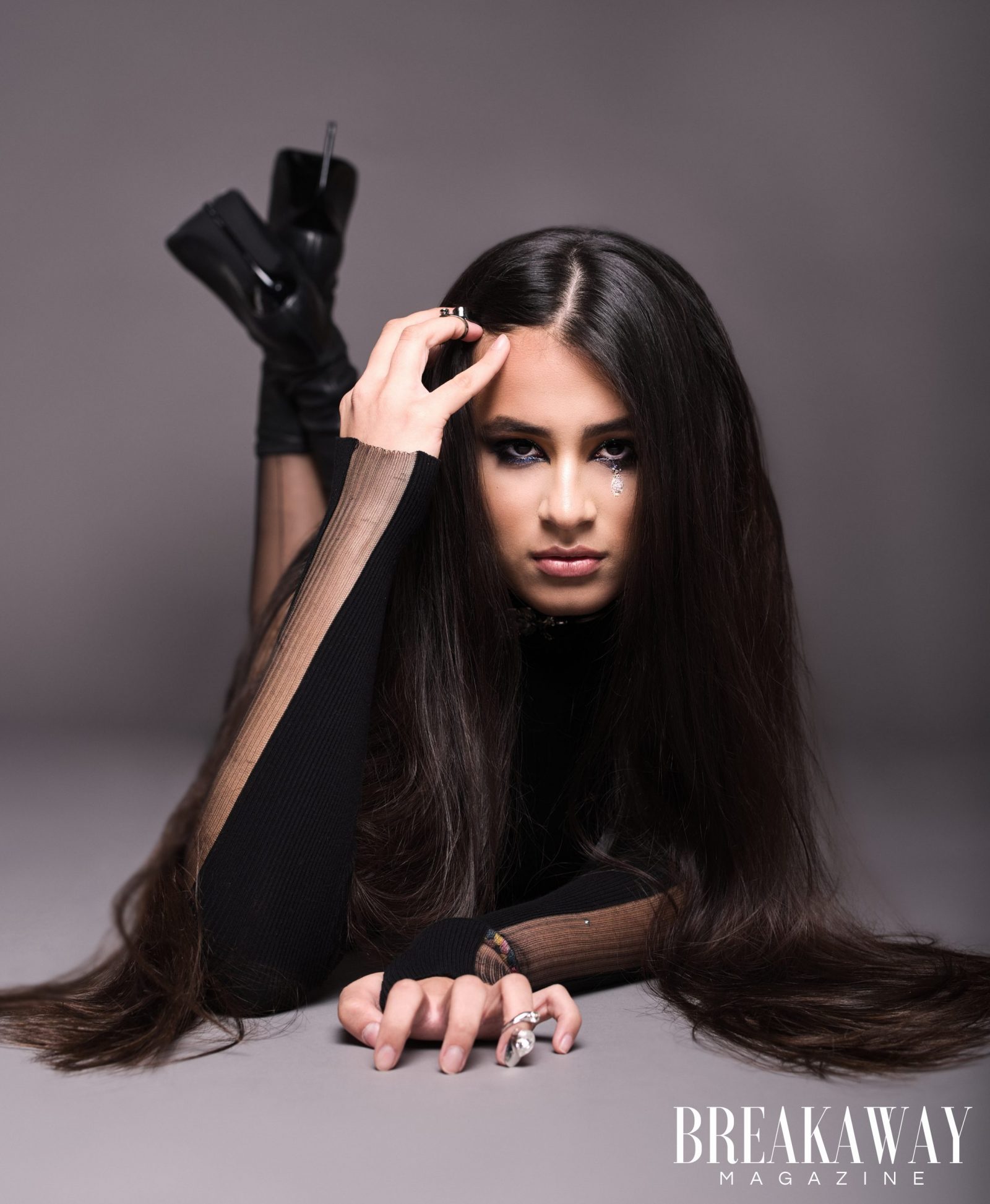 It doesn’t matter who you are or what your background is, anyone can face oppression. This is the theme Ridi is exploring in her debut self-written single “Top Guy.” Ridi is a European singer/songwriter of Indian descent who delivers a powerful anti-bullying message about healing from the hate. Ridi’s experience of studying at a Swiss boarding school during her junior and middle school years made her witness the social pressures that teens so prevalently face in her generation. Ridi was subjected to a continuous barrage of verbal and cyber abuse, which the courageous young teen spoke out against. When she did, she received secondary victimization by her school. She hopes her song sheds light on how lives can be devastated by those with cruel intentions. Riddhi’s music is largely based on the oppression and injustice she felt as a victim of bullying.

Through the song, Ridi is opening the conversation about the long-term mental health effects of oppression and the emotional damage that results from trauma. The song encompasses Parisian elements with lyrics in both English and French. The music video was shot in Paris by Sylvain Bressollette and is a cinematic voyage of anyone’s worst nightmare. The video explores the concept of judgement.

“I always enjoyed playing around with melodies, and when I had feelings to vent I wrote in a diary like most teens. The recent injustices I felt pushed me to write my own song. It was just such a confusing time for me, so writing is what really helped me understand my situation better. The song talks about the feeling of suppression coupled with constant judgement from the people around you — the fact that when things get difficult, the systems or people that are supposed to protect you don’t seem to work and instead leave you isolated.“

The video develops this strong image further: Ridi in a courtroom being judged by demonic people. Ridi feels like she is in a living hell, struggling with inner and metaphorical demons before the song erupts. It tells the story of someone who has been falsely accused and torn down. It symbolizes the all-too prevalent prejudices and injustices occurring in our society. Despite all the hurt captured in the music video, the video concludes with a positive ending of hope and recovery for the lead protagonist, Ridi.

“Top Guy is an extremely personal song to me. I went through a difficult time when I was expelled from the school in which I had spent the past six years, only because I stood up for myself and spoke out against the harassment I faced. The fact that I felt so much oppression and injustice pushed me to vent out my feelings in this song. I hope that people that listen to it can feel that I stand with them through my music. The best thing you can do is not give a shit about what other people say. In the end, it’s still you who has full control. Just keep being your best and shout back even louder!”

Ridi campaigns against the dangers of bullying (online and offline) and confronts bullying head on. In an effort to bring attention to the issue and find ways to help put an end to this brutal behavior, Ridi and her sister, Vasudhara Oswal, co-founded the non-profit Stop The B. The campaign aims to educate and empower people to break free from peer pressure and the stigma attached to speaking out against bullying. Through the campaign, the sisters encourage others to identify bullying behaviors and to become active bystanders who engage in combating the problem, alongside aiding survivors to share their stories. They hope to end the negative stigma attached to talking about feeling victimized and being afraid to be different. Ridi and her sister have been honored with an invitation to speak at the UNESCO World Anti-Bullying Forum in Sweden in November, garnering them with the distinction of being the youngest participants to ever speak at the esteemed event. The foundation has quickly received support from several celebrities including international football star Ronaldinho. Stop The B has helped inspire young people to speak out against bullying, with over 27,000 social media followers and support from celebrities including Ronaldinho.

Ridi’s academic pursuits challenge traditional musician narratives and stereotypes. Ridi is an active and engaged student with a love for STEM and aspirations of engineering. Through her music, she continues her work to curate a space of inclusivity with her upcoming EP. With lyrics and melody written straight from her heart, the antibullying activist hopes her music will tackle some of humanity’s most unifying themes.

“I don’t think I could ever sing someone else’s lyrics now, as that would be like singing someone else’s heart. My next song talks about how you do not need to conform to anyone else’s expectations, even though it’s normal to feel insecure at times and it’s hard to be yourself when everything you see tells you you’re not enough. Having music that talks about these emotions, I feel, is really important. So many teens feel this way. You don’t need to have a perfect body or be in a relationship to be happy. Everyone is made to believe that they don’t fit in if they don’t have these things. I think we are in a time where a generic meaning of happiness or perfection should not be drilled into us. I mean, the closest thing to perfect in my life is a bar of chocolate!

This is such an amazing article! We need more people like HER in today’s society. Someone who’s not afraid, who’s striving in the hope’s to end this negative stigma attached to being victimized and being afraid to be different! Oppression and injustice is real, and should not be taken lightly. Last but not least, as she states, which will stick me for years to come. ” In the end, it’s still you who has full control. Just keep being your best, and shout back even louder”! Bullying is not ok. In any forum. Thank you so much for writing this… Read more »

Thank you for showcasing this incredible young talent. Loved the analysis of the video and hearing how Ridi was able to turn this negative situation into a positive.

[…] READ: RIDI lends her voice to combat against bullying and racial discrimination in “Top Guy” […]