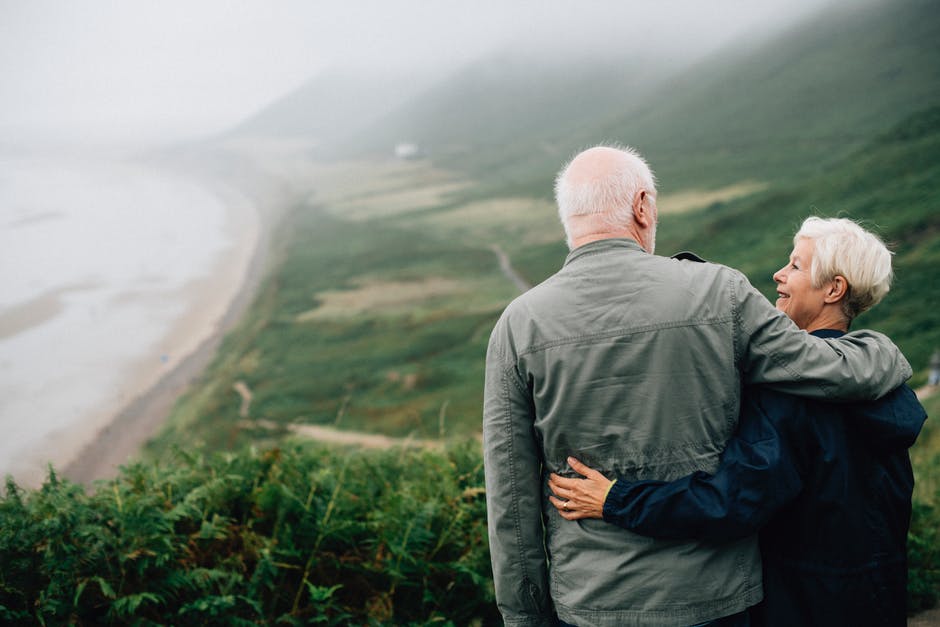 After working for three decades for South Carolina’s capital city newspaper, The State, retired journalist, Bill McDonald, takes his skills from the newsroom to write an entertaining book about his adventures in online dating as a senior citizen. Old Geezer Romancing in Cyber Space vividly shares a tell-all of the good, the bad, the uncomfortable and the hilarious that makes online dating one of the most exciting adventures Mr. McDonald ever had.

This is the second book published from Mr. McDonald. His first book, Columbia, Cornerstone of the Carolinas is about the city he covered in the newsroom for thirty-two years. While that book was commissioned and had to be completed by a certain deadline, Old Geezer Romancing in Cyber Space allows Mr. McDonald to embrace his love for telling stories with humor and drama.

BREAKAWAY DAILY: Tell  us a little  about yourself  and your background?

BILL MCDONALD: I  worked  thirty-two years  for South Carolina’s  capital city newspaper,  The  State. My skills stretched into  every corner of the newsroom. I started  out as a beat reporter, then worked variously  as a feature writer and columnist. I also covered  the state legislature briefly; wrote award-winning human-interest  columns; reviewed symphony concerts when needed; served briefly as  a food critic and covered the city’s nocturnal gaieties in a “Night Lights” column. After retiring from the newspaper, I also taught writing  at the Buckley School of Public Speaking in Camden, S.C. One of my pupils  was Navy Admiral Barry Black, now chaplain of the United Stated Senate.

I grew  up in a  small, historic  town, Winnsboro, S.C.,  which has the oldest, continuously  running town clock in America. Architect Robert  Mills of Washington Monument fame designed the town’s  court house; British Gen. Charles Cornwallis camped on the  grounds of a boys’ school in Winnsboro during the Revolutionary  War; American Gen. George Patton and his troops maneuvered in Winnsboro  in the early years of WW11; and noted folk song collecter Alan Lomax included  the “Winnsboro Cotton Mill Blues” in his “Anthology of America Folk Songs.”

I  am a  graduate  of the University  of South Carolina with  two majors, English and Psychology.  I also am divorced and have no children, which  I deeply regret. Before I became a fulltime newspaper  journalist I also taught high school English, coached girls’  basketball, worked one summer at “The News & Courier” in Charleston,  S.C., spent two semesters at the Florida State Graduate School of English  and worked part-time at “The Tallah as see Democrat” newspaper.

BD: Tell  us about your  book Old Geezer  Romancing In Cyberspace?

BM: The  book covers  my online dating  adventures that began  at age 69. Thanks to the  computer and its dating websites,  I was able to date women throughout  the Southeast, meeting them where romance  had a chance to blossom: the sloping meadows  of a city park; the chic coffee houses in Charleston,  Richmond and Savannah; the swank dining hall at the Biltmore  near Asheville; and my all-time favorite food and entertainment  emporium, “Mickey and Mooch” in Charlotte.

I  met so-o-o  many women, ranging  from ridiculous to the  sublime. One date in the  ridiculous category greeted me  while luxuriating, quite intentionally,  in her bathtub. The sublime dates were  those who had written books, were skilled  in the culinary arts, had famous bloodlines  or had won awards in their fields of work. The  one with the most famous pedigree was the great granddaughter  of Mark twain. I should also mention a sex therapist who insisted  on “smudging” me before I could enter her home. This ancient ritual  had her wafting smoke around my body to eliminate any negative vibes.

Throughout  the writing  I also was acutely  mindful of the sensibilities  of the women I had dated. In  all but one instance, their names  have been changed or omitted. I also  toned down any pandering to prurient interests,  which is to say my camera faded out before any  mention of the boudoir.

In  that regard, I’ll  never forget a female  critic’s take on novelist:  John Updike, who wrote very  descriptive lovemaking scenes in  the tonier bedrooms of New England. “My  God.” She gushed, “the man’s a penis with  thesaurus!”

BD: Why  did you want  to write a book  on this subject matter  and your experience? Did  you know before you started  online dating that it had the  potential to be a great story ?

BM: I  never thought  the internet dating  I had begun would be  worthy of a book. Not a  sentence worth. What could occur  on the dates of a sixty-nine-year  old geezer like me, for instance, that  would pique a reader’s interest? Keep someone  spellbound? Or cause one to drop the book and  explain: “Oh my God! This old fart must be making  this stuff uppp!”

The  highly  salacious  love scenes  most readers crave,  I imagined, belong to  a much younger set of males  — those robust, Adonis type who  prance around like libidinous stallions  in a field of adoring fillies.

BD: What  online dating  sites have you  tried ?

BM: Match  and Our Time

BD: You  were a journalist  for many years, do you think that influenced. how  you approached not only these sites and dating, but  also how you wrote the book ?

BM: My  journalist  background has  seasoned my writing  style and my thirst for  good stories rich with humor  and drama. Internet dating is a  seedbed for such stories, given the  frequent use of dated photographs and  fudged ages. It has given birth to the  quip: “ The odds for internet dating are good,  but the good are often odd.”

Internet dating  is a reversal of  the old-timey way of  dating, where you meet  your prospective date first.  Relying solely on computer information  often leads to unexpected surprises fit  for the movies.

BD: In  the book,  you describe  online dating as  the “brave new world”  for singles. What is the  biggest difference between looking  for companionship in the ‘21st century’  to how you  knew it before?

BM: While  online internet  dating sites require  written profiles and facial  photos, there’s no guarantee an  online dater will live up to his  or her written “advertisement”. Telephone  conversations are highly recommended. If such  precautions are taken beforehand, there should be  little, if any, fear or unpleasant surprises.

BD: Was  there a common  thread you noticed  with all your dates?  Do you think it had to  do with age or was there  something else at play ?

BM: We  are all  social animals,  regardless of age,  and many of the women  I met were grateful online  dating had given them the opportunity  to dare again. Some had been sealed off  in small towns where men were scarce. As men  age, some are stricken by prostate problems, which  can kill sex. More than a few women told me that was  often a problem.

BD: Do  you think  that the age  is a factor or  do you think no matter  your age, people that are  dating in cyberspace are all  looking for the same thing?

BM: No  matter the  age, most online  daters are looking  for companionship or  marriage. But women should  be wary of the scammers on  the internet. One friend, a nurse,  was scammed out of all her savings, $300,000,  by a man she fell in love with but never met.

Women  should be  wary of online  scammers who are  mostly male. They troll  like sharks in the Christian  dating sites, often sprinkling Biblical  quotations in their early messages. Women  on these sites are mostly “the pure of heart”  and very susceptible and unsuspecting of false pleas for  money to build a children’s or an orphanage in a country  ravaged by war or famine.

BD: Do  you have  anything else  you would like  to say or mention?

Online  dating has  been one of  the most exciting  adventures of my life.  And why not? Every first-time  date might be the woman who’ll  steal my heart away.

Old Geezer Romancing In Cyberspace is available via Amazon.

The Villages, Florida: Margie Howd on her tribute to her grandparents through novel Love Letters from a Doughboy