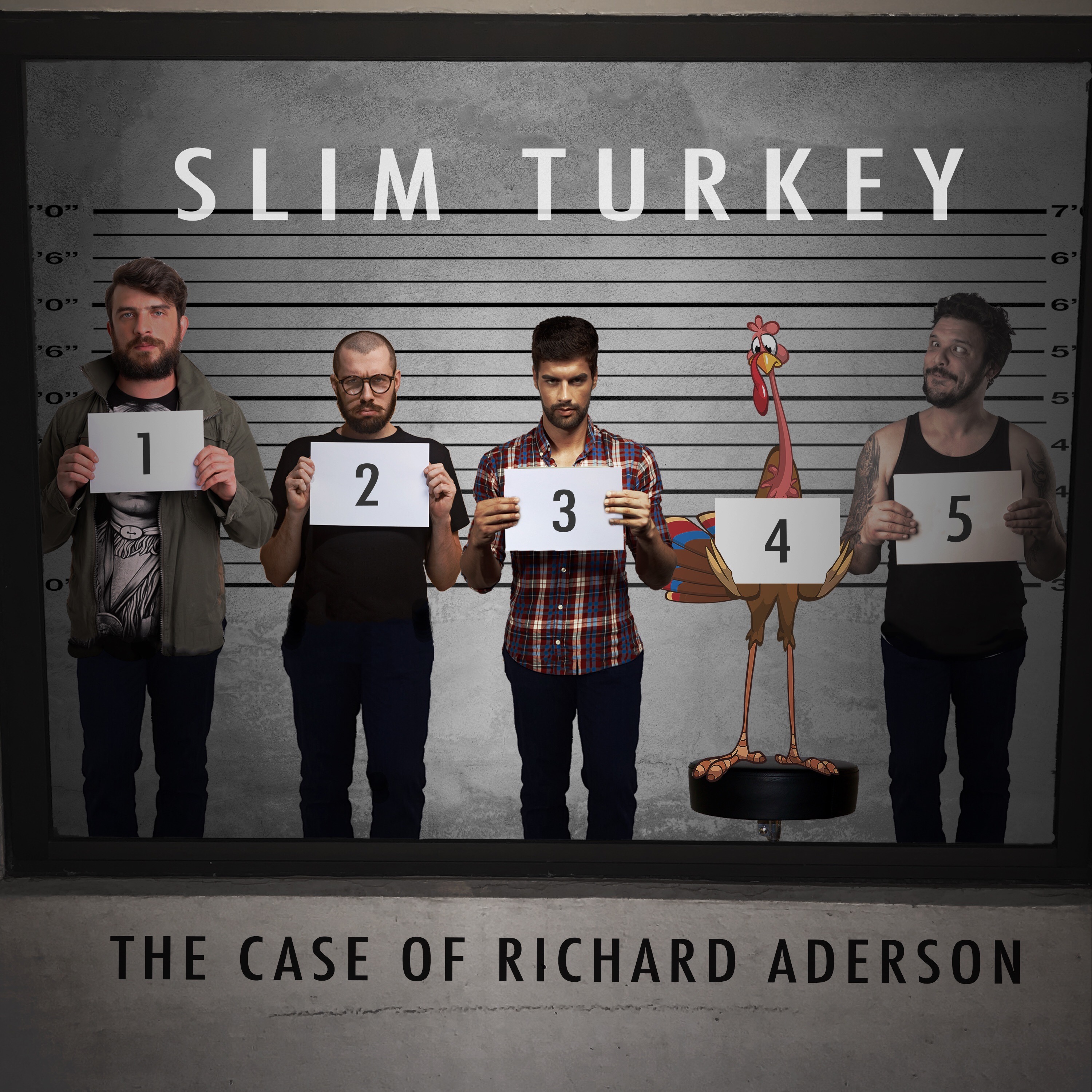 Slim Turkey: The Unsolved Homicide of Richard Aderson is a podcast that focuses on the February 5, 1997 unsolved mystery of Richard Aderson, a school administrator from New York State. On February 5, 1997, Richard was driving home from his office in Montgomery to his home in Lagrange, NY. The drive usually took about forty minutes. Soon after crossing the Newburgh-Beacon Bridge, he and an unidentified male driver had a minor traffic collision, causing both drivers to pull off to I-84’s shoulder. There, the two men were seen arguing by passing motorists. Shortly thereafter, Richard had been shot once in the chest by the unknown male perpetrator, who walked back to his vehicle and disappeared into the evening.

Miraculously, Aderson was able to crawl back to his vehicle and call 911 with his cellphone. He would stay on the phone for a total of nine minutes and, in that time, he provided a physical description of the suspect, his vehicle and even told the operator the suspect was driving the vehicle with New Hampshire license plates.  Tragically, Aderson died en route to the hospital. Given the amount of useful information that Aderson provided police, you would think an arrest would have been imminent. In fact, five days after the homicide, the New York State Police had traveled to Manchester, New Hampshire to investigate leads they had developed. They would continue travelling to New Hampshire for the next eighteen months searching for Aderson’s killer.  The crime has gone unsolved for twenty-two years, but Slim Turkey Podcast, co-hosted by a cop, hopes to get to the bottom of it and solve the case.

Lee Purchase: We chose the name Slim Turkey as a play on the old expression “slim pickings.” It suggests that in most unsolved cases, police are often left with very few clues or leads. It made us laugh and we didn’t want to be taken too seriously so we rolled with it.

BD: How often do you do you make your podcast?

LP: Slim Turkey is produced biweekly (twice a month) and is published on Mondays.

BD: Have you always been interested in true crime?

LP: I’ve always been interested in true-crime and it definitely led me to becoming a police officer. And then the idea of starting a true-crime podcast with my best friend, Mr. Slim Turkey, took off from there.

BD: When did you know you wanted to start creating a podcast to investigate this case?

BD: You are also a policeman by day. How has that impacted your podcast?

LP: Being a police officer provides me with insight into the law enforcement perspective of an investigation. I am not an investigator or detective, I’m a patrol officer but I’ve served in many different capacities during my time as a cop with good exposure to the investigator’s side of policing. But I often come down harder on the police for miscues and lack of transparency. I know how cases are prioritized and I don’t see the harm of opening up a little more on the details of the case. The turkey and I are not looking to make anyone look bad. We just want to create some added exposure. Richard’s homicide didn’t occur within my jurisdiction (and well before I became a cop) and I’m not producing the show in any official capacity. I didn’t want to involve my agency in any way. Both my friend and I go by pseudonyms on the show. I chose to use my childhood nickname Lee Purchase. And, Mr. Slim Turkey, who is not a police officer couldn’t then use his real name. So now he’s just known as the “turkey.” 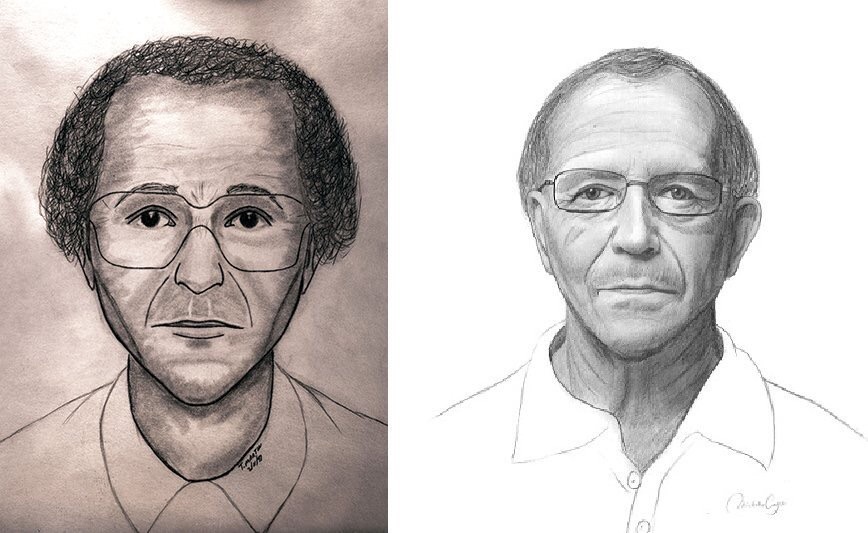 BD: Why this homicide in particular?

LP: There were many reasons I was drawn to the Richard Aderson case. First, by all accounts he was an honest and decent man. He had devoted his life to teaching and, despite becoming an administrator, he always made the students’ needs his priority. He was also a good family man, with three adoring children and a loving wife. Additionally, the incident is considered to be the first fatal case of “road rage” in New York State after the idiom “road rage” had become a household term. The incident received a good deal of media coverage and was featured on “America’s Most Wanted” and “Unsolved Mysteries.”

BD: What other interesting twists and turns throughout the course of the police’s investigation did you discover?

LP: In September 1997, the New York State Police revealed that an unidentified client had enlisted the services of a prominent Manchester, New Hampshire law firm to look into the investigation on his behalf. The attorney from the law firm never allowed his client to speak to the police. Nor would he speak with police, citing attorney-client privilege.

By the spring of 1998, the New York State Police had returned to New Hampshire to drop the bombshell that Aderson had told the 911 operator that his killer had identified himself as a “cop.” Police would also warn that this had not been substantiated and anyone could easily identify himself as a police officer. However, the police did announce that Richard had been shot once in the chest with a .40 caliber round – a common round of ammunition used by police departments, at the time.

A local Manchester, New Hampshire crime reporter, Cissy Taylor (who wrote for the Union Leader newspaper) covered the investigation in greater detail than most local New York newspapers had. Between February 1997 and June 1998, Cissy wrote at least 11 articles, covering the homicide and police investigation. It seemed odd, especially for a crime that did not occur in New Hampshire. However, after speaking with a former co-worker and current editor of the Union leader, I was told that Cissy was an hard-nosed reporter who often had a hunch about the topics she covered. The editor acknowledge that 11 articles was a lot, even for Cissy and that type of coverage had normally been reserved for stories such as “the moon landing” or the “Manson family murders.” When I began researching the case, I soon found out that Cissy Taylor had died unexpectedly in 2012. Her sudden death complicated the case even further for me.

In 1997 and 1998, the New York State Police had granted a certain amount of access to the media organizations that had produced “America’s Most Wanted” and “Unsolved Mysteries.” However, they have repeatedly refused my requests for any such information regarding the investigation. It is a strange reversal of policy, to say the least.

BD: How does your podcast compare to other true crime podcasts?

LP: We try not to take ourselves too seriously, even though we’re covering such a sensitive topic but I think we’ve been extremely respectful of Richard Aderson and his family. There are some phenomenal podcasts out there and we’ve adopted some of the hosts’ self-deprecating sense of humor. But that was easy because it comes natural to us. Now the professionalism and delivery of the show… we’re learning that on the fly and are confident that we’ll have it down probably by our last episode. It’s going to be epic and then it’ll end… but hopefully with some positive results in the police’s investigation.