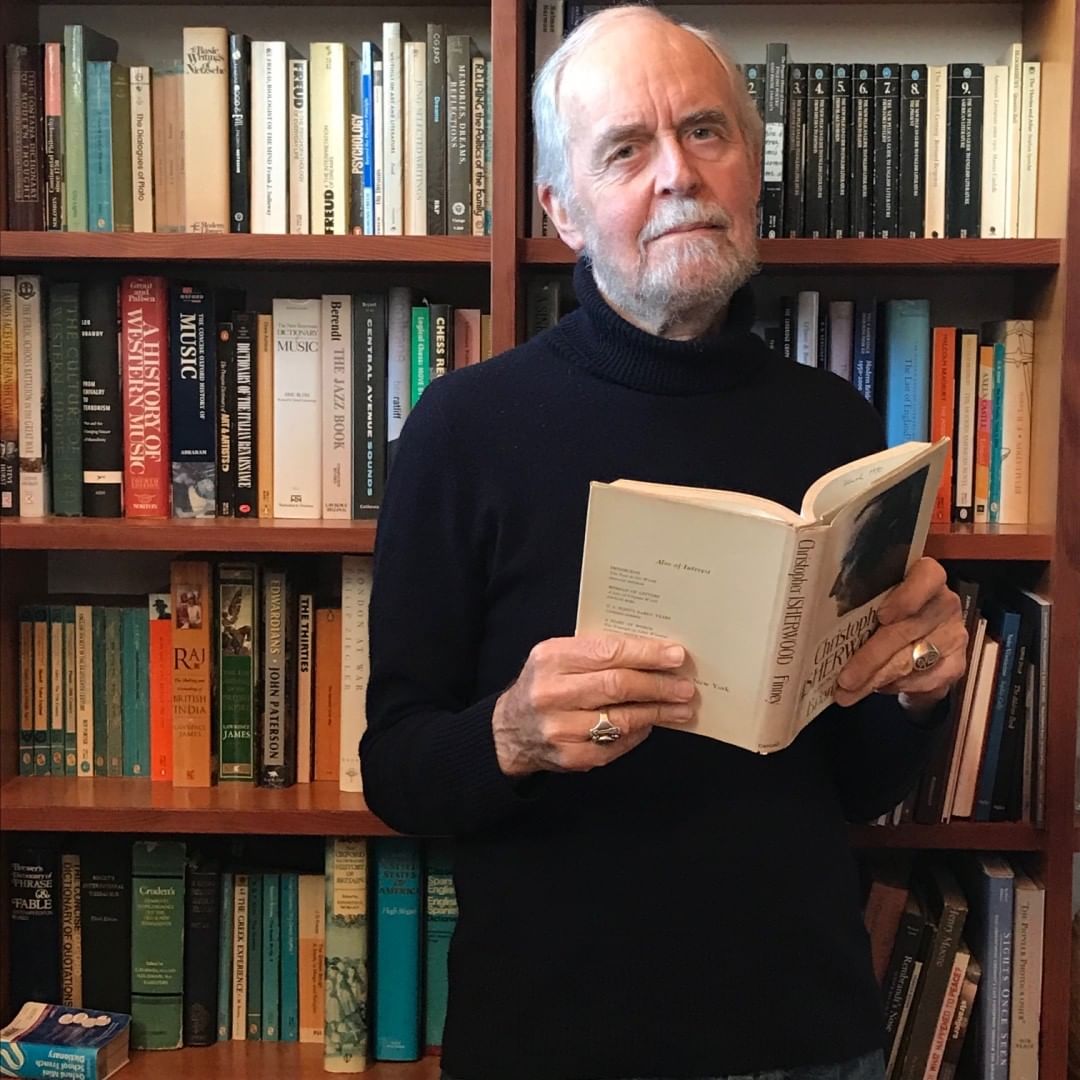 Born in London, Brian Finney is English Professor Emeritus at California State University. He is married to fine art photographer J.K. Lavin and lives in Venice, California. He has published eight books including a biography of writer Christopher Isherwood, winner of the prestigious James Tait Black Memorial Book Prize.

“It is never too late to learn something new.”

Brian’s latest release, Money Matters, was declared a finalist in the Best New Fiction category of the 2019 Best Book Awards. The unconventional novel is firmly embedded in Los Angeles culture, taking place over six days surrounding the the 2010 mid-term election. Money Matters is an intriguing narrative involving social issues including immigration and wealth disparity. It casts an exciting, ironic, and humorous light on the dark underside of a Los Angeles culture that is still dealing with these issues today.

The novel’s protagonist is the bright twenty-seven year old Jenny Carter. She is barely surviving on two part-time jobs. One of them involving reviewing surveillance tapes for a major Los Angeles detective agency. She soon finds herself out of her depth when a friend persuades her to investigate a woman’s tragic disappearance. Her life is about to be upended. Just getting by will no longer work.

Jenny’s amateur sleuthing leads her into a web of intrigue that uncovers connections between big money and the election battle over immigration, and a drug cartel. The other employer for whom Jenny works is the CEO of a leading mutual fund company whose brother is running for governor on an anti-immigration platform part financed by his wealthy brother. When Jenny discovers that the CEO’s house has been bugged by the detective agency she works for the sinister web connecting politics, big money and the cartel threatens her life. Her major ally is the director of an immigrants’ rights organization to whom she is strongly attracted. Before her search is over Jenny is forced to abandon almost every aspect of her existing life. Jenny is forced to take on financial tycoons, corrupt politicians, and the treacherous Baja drug cartel in her search to uncover the truth.

What is your favorite quote or line of dialogue from the book?

“I refuse to believe that the measure of everything in life is what you pay for it. How do you put a price on happy memories? Or regrets? Or longings?”

Was Money Matters inspired by real life events or people?

No character is modeled on a single living person, but like all novels, it borrow bits and pieces from real life. All the characters are primarily imaginative constructions. There are a number of immigrants in the novel. Only after completing Money Matters did I make the obvious connection between them and me, as I am also an immigrant and have shared many of their experiences of estrangement and adaptation. Before settling in California, I spent the first fifty years of my life in England.

What has been the hardest part of the publishing process?

While Amazon and IngramSpark try to make self-publishing as easy as they can, the entire process is filled with obstacles and glitches. To ensure that the paperback version of Money Matters looked professional I had a text designer reformat the written matter. After sending a galley proof to my nephew he emailed me back to ask what kind of quiche “quiche orraine” was. It turned out that the software the designer used inadvertently altered this and other items of the text. I had to re-proof and correct the text and go through the entire process of uploading the book on all the sites again.

Are you working on a new book at the moment?

Not at the moment. I am busy writing reviews and other pieces. For instance the Los Angeles Review of Books published my essay-review of Salman Rushdie’s latest novel, Quichotte in October.

What do you do when you are not writing or reading?

I do life drawings in ink or charcoal and volunteer as a driver for Meals on Wheels. I go to concerts, art openings and movies and spend a month each year in Europe.

To learn more about Brian Finney visit his official website.