Beaumaaks worked in medicine for more than thirty years before beginning to write The PREAH Secrets, the first book in the trilogy series based on some of the crazy relationships she has endured. Growing up in the midwest, K.B had a typical close knit Catholic family. She graduated college, moved to Europe and spent most of her young adult life traveling the world as a military spouse before eventually settling down with her current husband Allan, a Royal Danish Air Force F-16 pilot, in Florida. She experienced a few relationships where her gut instincts told her to investigate. Her stories were so bizarre, she decided to write a trilogy so others could learn to follow their gut instincts as well. The PREAH Secrets is an inspirational novel based on one of those crazy relationships. She wants women to know that from a crazy or bad life experience, something good can come from it, and it’s always a life lesson. No matter what, trust your gut. It will never fail you. 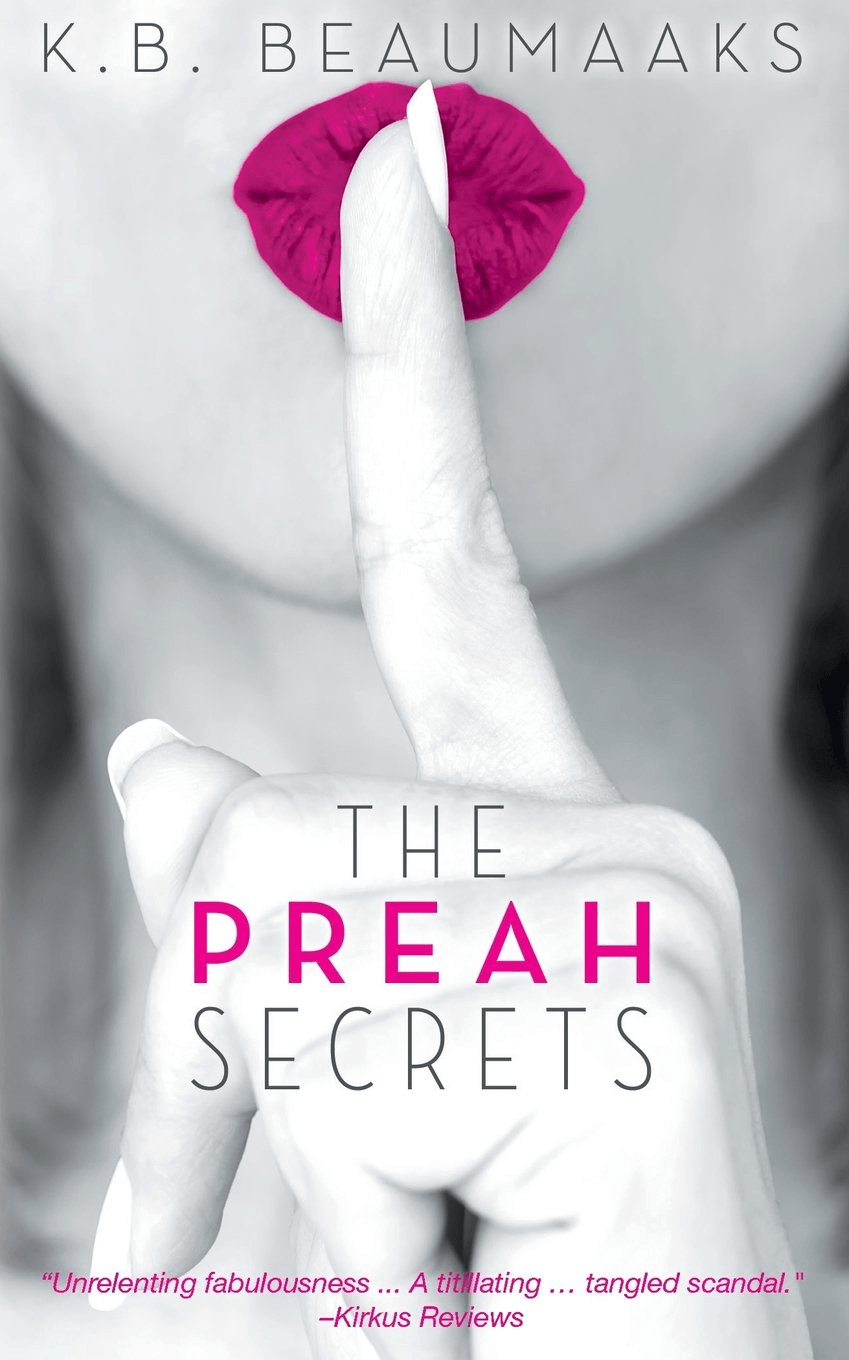 Your debut novel, The Preach Secrets, is the first book in a trilogy. Can you please tell us about this book and the trilogy?

All three books are inspired by real events that happened in my life. I wrote them with the hopes of inspiring and guiding others who may find themselves in a similar situation. It just so happens that all three stories are all filled with suspense, thrilling moments and wild situations. The PREAH Secrets is a story that follows Madison’s life mistakes. She finds herself in troubling circumstances that her gut instincts tell her to avoid. She doesn’t listen to her instincts, gets in deep then decides to act upon that instinct. Various situations we have felt and can relate to.

The PREAH Secrets is about a heist secretly brewing in the unusual setting of a veterinary hospital. The “good” doctor, Madison’s husband of 10 years, is entangled in illicit sex, secrets, drugs, incest and murder when his wife, Madison stumbles upon his secrets, one being to eliminate her. In a fight for justice, she quietly works to try and outwit him and his cronies.

The second book, The Harbour City Secrets, finds Rogue Cop 321 Madison dangerously caught between her police officer boyfriend, Chet Walker, who went rogue after 23 years on the police force and the Chief of Police who has been looking to take Officer Walker down. Madison confides in the Chief that Chet  Walker is extorting her for money, but she holds the key to Walker’s demise. The FBI get involved when Madison gets a text saying she has 3 days left to live, no one will ever find her. It’s a race against time when she receives a cooler on her doorstep with an alligator head floating in blood.  Again, Inspired by Real Events.

The final book in the series, The Captains Secrets: A Cadets Confession, follows German immigrant Henrik Neugebauer. He finds a new life in the USA fleeing from his Nazi roots. He becomes a distinguished Air Force Officer after graduating from the US Air Force Academy, marries Madison, the woman of his dreams, returns back to Germany as an American soldier during Desert Shield when he gets involved with a West Point Officer with a reputation for aggressive sexual advances. Henrik’s wife, Madison stumbles upon a letter that will change the lives of all three and an anonymous phone call that will disgrace both the Air Force and the Army. This too is Inspired by Real Events. 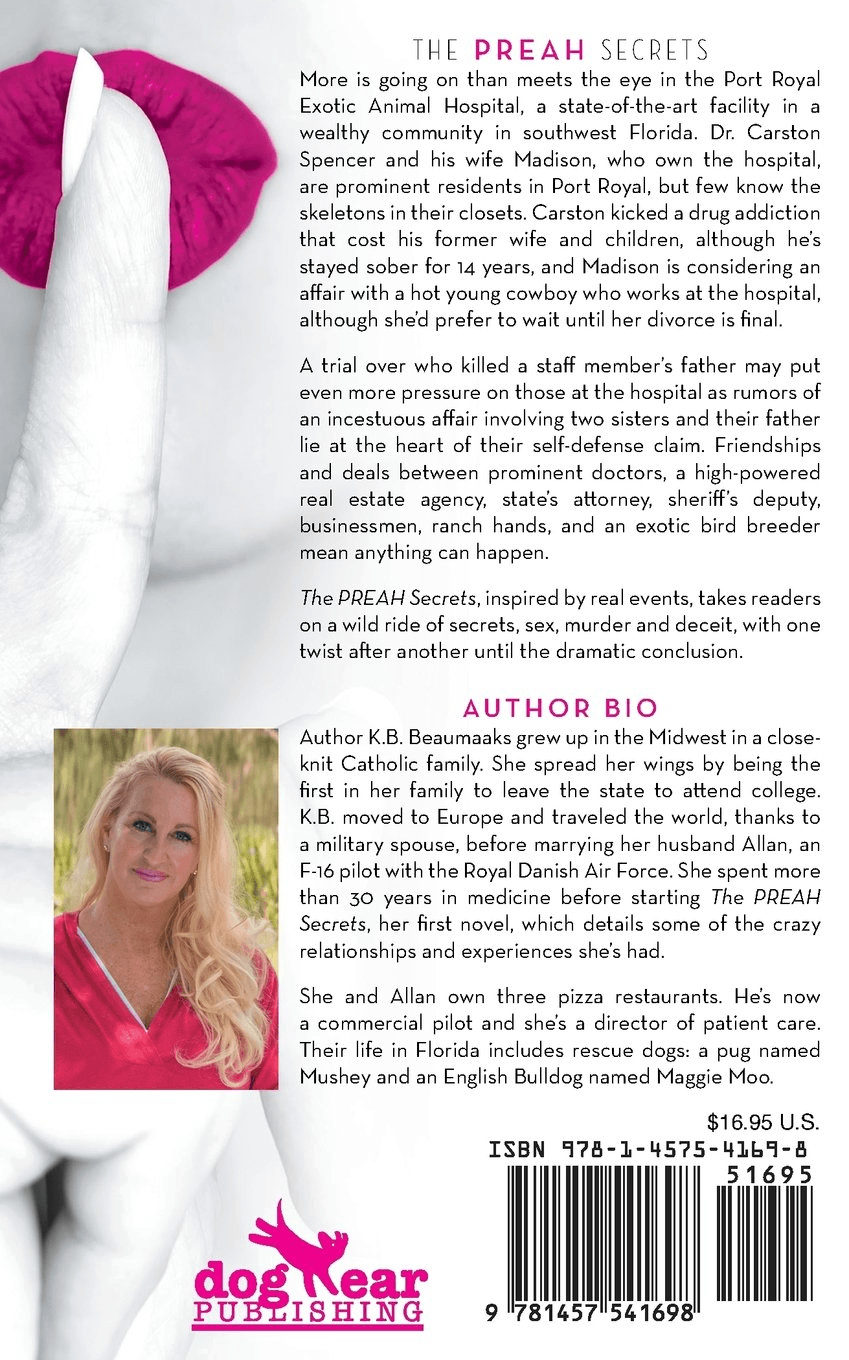 The Preach Secrets is based on your relationships, why did you want to share your story in this way?

So many times our gut instincts tell us to be careful, warning us about a feeling or a situation and often we ignore that sign. Many times we brush it off and convince ourselves that we are being paranoid, or silly but we need to listen to that instinct and investigate or heed warning. Had I not acted on my gut intuition, I may very well have ended up dead or penniless out on the street.

How do you think your travels and living all over the world affected your writing and your story?

I discovered through my vast travels all over the world, that no matter what religion, creed, skin color, ethnic upbringing, sexual orientation, political view, that we all have a common sense of what is right and what is wrong, although that may vary in each individual. We all have that natural gut instinct. We all want what is best for ourselves. Someone in India wants the best for themselves just like someone in Australia, or Germany or the Middle East.

One of the messages of the book is about women following their gut instinct. Can you tell us a bit about that?

In my opinion, we women often brush off our natural gut instincts by justifying that perhaps we are being too emotional or being too silly, overreacting. I believe men don’t necessarily second guess themselves like we women do. Perhaps it is societal or old fashioned but with the current women’s movements, we are becoming stronger and less quiet and questionable about our feelings and gut instincts. We are now standing up for what we feel is right or wrong. Hollywood actresses and females in positions of power are realizing that their gut instincts have always been correct and they aren’t as afraid to express themselves nowadays. All 3 books deal with the hot discussions in todays news. It doesn’t matter what social or financial level you are, we all have a natural gift of gut instincts, both male and female. The funny thing is that animals have known this since their existence.

The book is a real page turner. Was it just as fast to write?

Wow was it ever-Yes. So many twists and turns made it super exciting to write. I know how the stories end so I was wonderfully anxious to get to the end of the story. My reader’s have expressed this same thought in my various reviews and discussions. They can relate to at least one of the characters if not several. A reviewer stated that my book actually feels like you are living the story not just reading a book. That was super exciting for me. To have a trilogy where you are reading and the book comes to life in your mind like it’s real is awesome.

Whom are some other authors or books you admire in the realm of writing?

I love the crime and suspense in John Grisham, Lee Childs and James Patterson stories but I adore the tenderness of Nicholas Sparks and Elin Hilderbrand novels and the sizzle of EL James. I always compare my books as a combination of all of these authors.

What advice do you have to other women who want to share their story through writing? My advice is to follow your desire to write and if you think you have a story that others would like, then by all means, write and share it. If you have a story that others can learn from, even better, absolutely write it. To be able to help one person change the outcome of a situation for the better, is worth every single word written. To be able to broaden someone’s imagination through writing and reading, is fulfilling.

The PREAH Secrets is available via Amazon.

“I’m a fan of doing things differently and having individuality even if others don’t agree.” Interview with Tyler Shapiro AKA Anotherpatsy