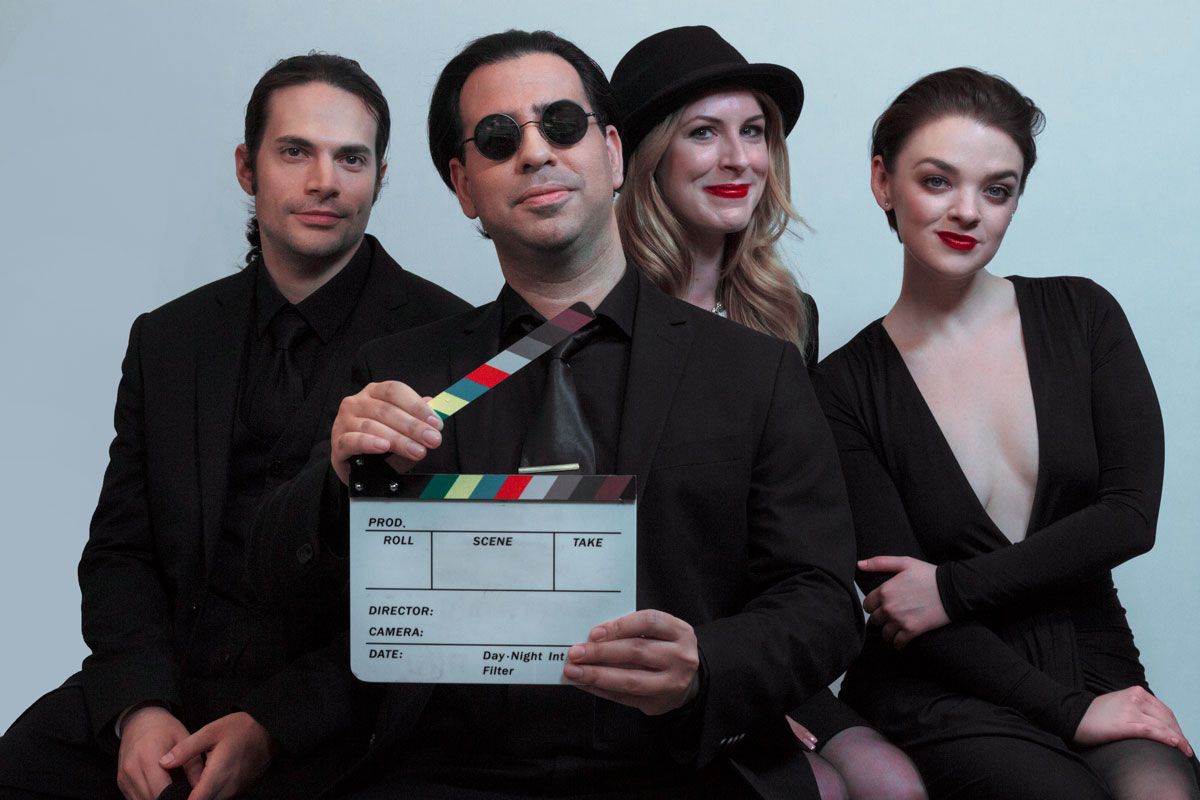 We recently had the privilege of conversing with Usher Morgan, the award winning writer, director, and producer whose work includes Prego, Windblown, Fine Dining, Trapped Inside and the newly released feature film, Pickings. Morgan’s new book, Lessons From the Se Lessons from the Set: A DIY Guide to Your First Feature Film, was released to bookstores by Library Tales Publishing on December 17th, 2018. Below are extracts from our conservation with the filmmaker.

BREAKAWAY DAILY: What was it  that made you want to make movies for a living? Was there an age or point in time when you began to see film and film making as a way of expression?

USHER MORGAN: I’ve always wanted to be involved in movies in some capacity or another. When I was a kid I remember watching the “behind the scenes” featurette for The Matrix at a friend’s house (that was “the” moment when I got hooked). Cut to: a few years later I left my hometown and migrated to New York City to start a book publishing company and in 2012 I was given the opportunity to produce a documentary film called The Thought Exchange with David Friedman and Lucie Arnez. That experience re-triggered my passion and obsession with film and I began to take this idea of making movies more seriously. I took courses, attended seminars, read books and learned everything I could about screenwriting and filmmaking in general. About a year later I made my first “real” short film, Prego¸ and a year after that – I was already in production for my first feature film Pickings, and now I’m hard at work on my next feature. I believe I found my passion, that “thing” that I was meant to do for the rest of my life. I can’t begin to explain how much fun I’m having!

BD: Did you go to film school?

UM: No. For me, it was 100% self-taught. I found that reading books, watching YouTube videos and “just doing it” was an approach that worked really well for me. Everything you need to know is “out there” and the rest you get from experience. What I am trying to do with my own book Lessons From the Set is fill the gap between what you can’t learn in other books and what you will eventually learn on your own flesh as you experiment.

BD: Your Debut Indie Film Pickings was released to AMC theaters in March of 2018. How did you manage to get that kind of distribution on such a low budget movie?

UM: Before we ever started filming I came to the conclusion that self-distribution was the way to go. So I had to start my own film distribution company (Dark Passage Films) and making Pickings its first theatrical release. A great deal of thanks is actually owed to AMC Independent, they took a risk and agreed to play the film in their theaters which led to an expansion of our film’s marketing strategy and gave us the confidence to approach other venues. As to the specifics of handling distribution, I guess you’ll just have to read my book, where I go into the nitty-gritty of DIY film distribution. 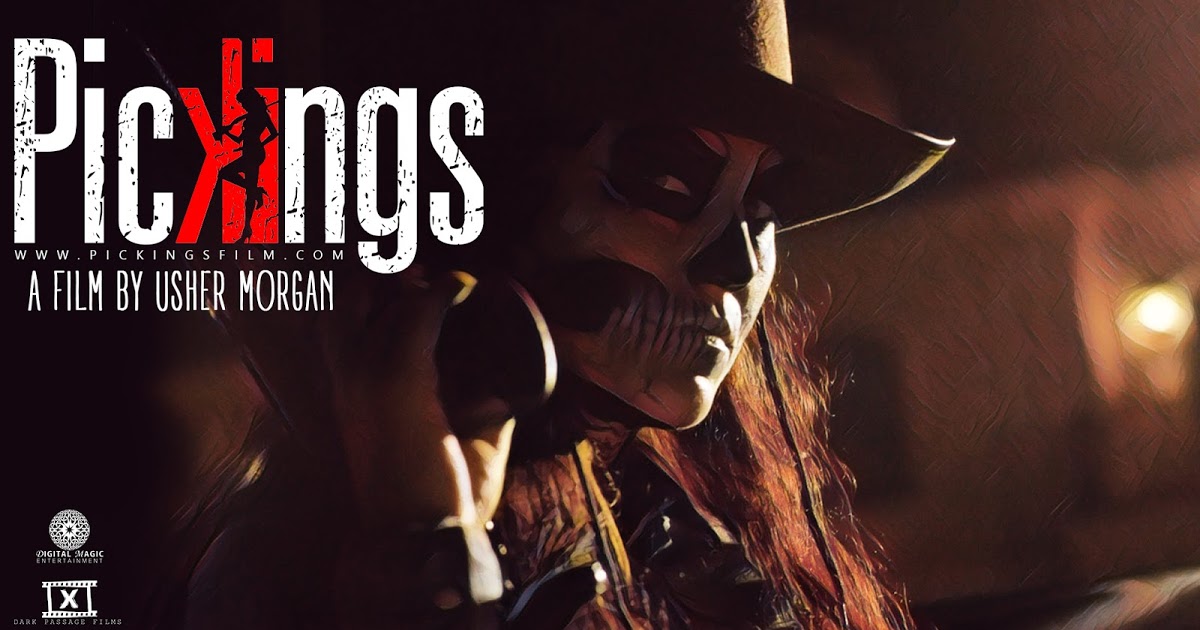 BD: What’s the secret to making a big-scale film like that for very little money?

UM: Well, I hired a Director of Photography (Louis Obioha) who knew what he was doing, he has a real good eye for cinematic quality and I have really high standards, so the two go hand in hand. We scouted and shot on locations that didn’t require a lot of decorating or fancy set design, we spent a significant portion of our budget on the camera department. Generally speaking good cinema cameras and great lighting can be very expensive, but if you’re smart and if you know how to budget and negotiate than you can pull it off for a reasonable rate. I had to do a lot of haggling and some proud begging, but because we had a strong script, people got excited about this film and we managed to convince most of our cast and crew to work for a lower rate. It was the story that drew the talent, not the other way around.

Also, we knew early on that the visual style of the film was going to play an important role in how well this film is going to be perceived, and there was ultimately no other way of shooting it. We wanted to make a neo-noir, comic-book crime movie, and in order for us to do that, we had to overcome some difficult technical challenges, so the fact that we had no money made this task seem impossible in the beginning. It was a pure miracle that we managed to pull it off for such a low budget, and make it look so good. I’ve seen multi-million dollar movies that can go head-to-head with this film when it comes to quality of picture and sound. At the end, despite our low budget, we did test screenings, had long rehearsals and managed to get a beautiful picture quality. 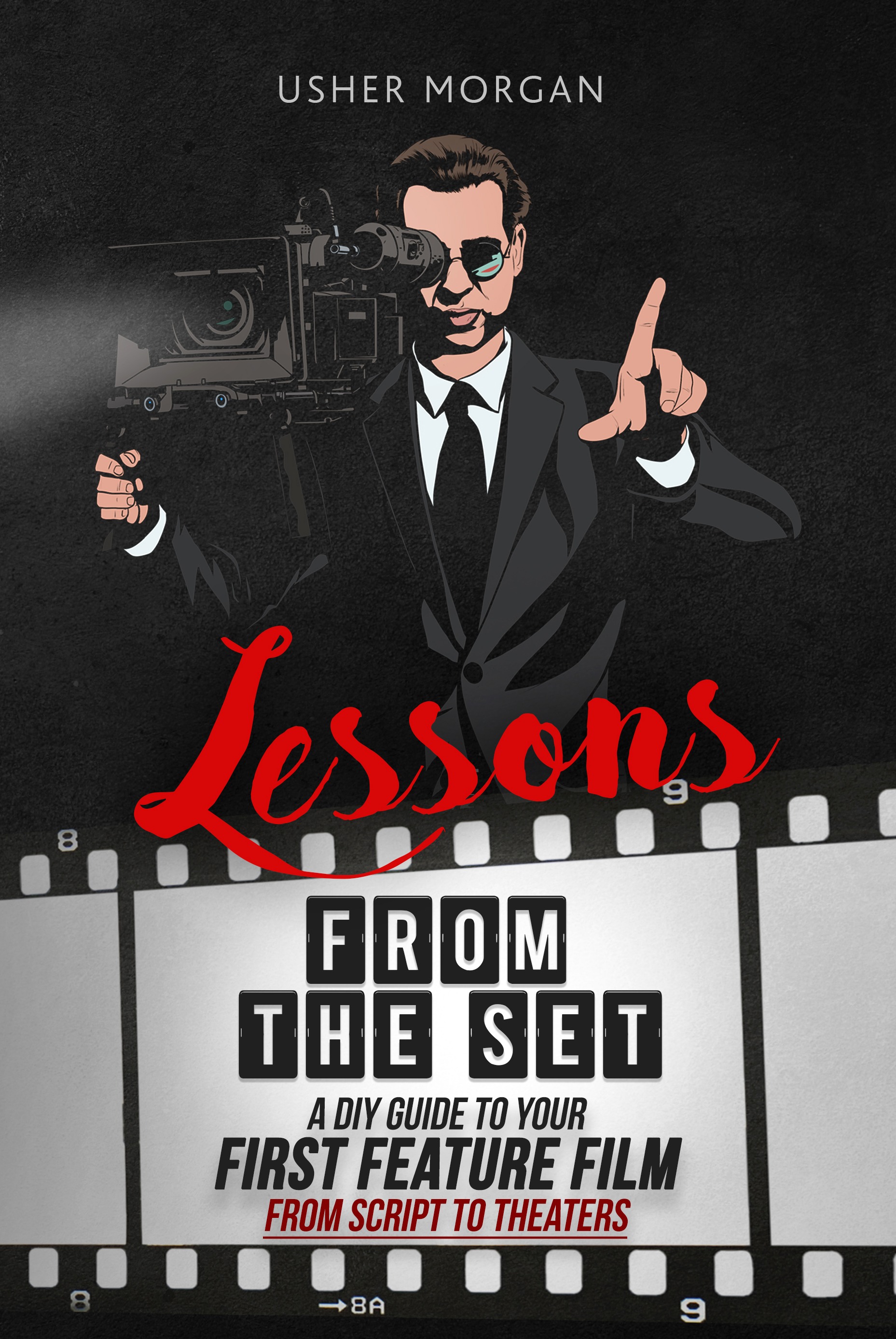 BD: So, tell us about your book “Lessons From The Set”

UM: Lessons from the Set is a filmmaking guide that takes a cinephile’s “Do It Yourself” approach to low-budget indie film production and distribution. I wanted to create a book that gave its readers  valuable, practical insight into the process of writing, directing, producing and distributing a commercial feature film on a low budget. The book was released on December 17th by Library Tales Publishing.

BD: Why did you want to write a book to help other filmmakers?

UM: I read a lot of books on the subject of filmmaking before going into production for Pickings. But I quickly learned that most of the stuff I read didn’t really do much to prepare me for the “real world”, especially when it came to the business side of things (production, marketing, distribution, etc.). So I set out to create a book that  would contain within it the kind of information I wish I had when I first set out to make a feature film. It covers the most effective DIY approach to writing, directing, producing, and distributing feature films. So, for those who want to venture into the world of low-budget, independent filmmaking, this book will be a life-saver!

BD: Any advice for future filmmakers?

UM: I think it comes down to passion. If you don’t absolute love movies, you should look into another line of work. Your passion and love for your film will infect every person on set, and if your cast and crew see how excited you are and how much you love what you’re doing, they can’t help but love it too. Love what you do, and your life will be a whole lot easier.

BD: What are some of your favorite films?

UM: Wow. That’s a tough one. I love all types of movies, and most genres, but if I had to pick the artists that I believe influenced me the most, it would be Howard Hawks, Alfred Hitchcock, Sergio Leone, Coen Brothers, Tarantino, Robert Rodriguez, Martin Scorsese, and Wes Anderson.

BD: What is/are your favorite film(s) from this year?

UM: I thought The Favourite to be one of the best films of the year, definitely a masterpiece. BlacKkKlansman was amazing, as well as A Quiet Place, Isle of Dogs, Annihilation, Hereditary, and Game Night.

BD: What’s next for you? / Where can people follow you?

UM: I’m in pre-production for a short horror film we’re working on, in addition I’m currently writing my next feature film which I plan to shoot later in 2019.

Usher Morgan is an award-winning screenwriter, film director, producer, and studio executive residing in New York City. Morgan started his career in book publishing and later became involved with film production and distribution. He produced his first documentary film The Thought Exchange starring David Friedman and Lucie Arnaz in 2012, followed by his directorial debut, the award-winning short film Prego. His debut film, Pickings was released to theaters in March of 2018. The Los Angeles Times calls Usher Morgan, “a talent to watch”.

About The Book, Lessons From the Set

Lessons from the Set is a comprehensive filmmaking guide that takes a cinephile’s “Do It Yourself” approach to low-budget indie film production and distribution. The book is peppered with filmmaking tips and tricks as well as valuable, practical insight into the process of writing, directing, producing and distributing a commercial feature films on a low budget – whether you’re working with $1,000 or $1m. You’ll learn how to write, direct, produce, and release your film to theaters, tackle festivals and handle press, create a marketing plan, get reviews, and approach the filmmaking process with both an artistic soul and an entrepreneurial mindset.

After releasing his debut feature film to wide acclaim, filmmaker Usher Morgan (Prego, Windblown, Pickings) decided to write a filmmaking book which detailed his approach to writing, directing, and producing his own work, as well as the steps he took to distribute and market his film, Pickings, and release it to theaters across the nation.

Lessons from the Set: A DIY Guide to Your First Feature Film, from Script to Theaters is the perfect gift to any aspiring filmmaker, it’s an essential guide for anyone who wants to tell stories and make movies for a living. The book is available via Amazon.

For more information on Usher Morgan, visit his official website.