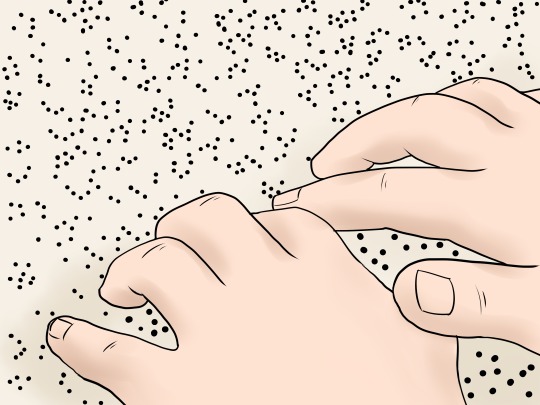 we see Chris and his lifelong friends meander through relationships, drugs and violence. When the friends are on their way to pick up their girlfriends, Chris’s thoughts begin to drift to different times in his life. The character of Chris then begins to evolve and change, thanks to braille signs he sees appearing before him at different times. Once he acknowledges these signs, he tries to make sense of them. Chris reflects on the decisions he’s made, wondering if he’s made the right choices. When he unexpectedly meets an old friend twice by chance, he starts questioning the way his entire life is going.

Born in London and currently residing in Istanbul with his wife and two children, Mustafa

Ozalcin has written a unique story. It is full of sharp dialogue and will resonate with anyone who grew up in the eighties and nineties. Mustafa incorporated braille in an interesting way to tell his story. Braille is a system of raised dots that can be read with the fingers by people who are blind or who have low vision. Teachers, parents, and others who are not visually impaired ordinarily read braille with their eyes.

Braille is not a language. Rather, it is a code by which many languages —such as English, Spanish, Arabic, Chinese, and dozens of others — may be written and read. Braille is used by thousands of people all over the world in their native languages, and provides a means of literacy for all. (AFB.org)

The reader can relate to the main character of Chris because even if you are not blind in the medical sense of the word, you may find that you are (or have been) blind in some parts of your life. Today, more and more people are realizing that they are in fact “blind,” and like Chris; trying to wake up or see things that are right in front of them.

Breakaway Daily had the opportunity to speak with author Mustafa Ozalcin to ask him some lingering questions after reading the book.

MUSTAFA: Hi Jamee-Beth! Thanks for having me on Breakaway Daily. It’s a pleasure to be speaking with you.

BREAKAWAY DAILY: Thank you! You as well Mustafa! The main character, Chris, sees braille or “signs” before him and tries to make sense of them. Is this something you can relate to in your own daily life?

MUSTAFA: I think, whether we want to admit it or not, it’s something we can all relate to, to some degree. And that’s a central premise of the story.

BREAKAWAY DAILY: Do you think we should be more conscious of the signs and symbolism around us and try to decode them?

MUSTAFA: What an awesome question! This conversation could go as deep as the Mariana Trench! But suffice it to say I don’t know to what extent people aren’t conscious. Maybe we prefer “bliss”…

BREAKAWAY DAILY: What motivated you to
use braille as a central theme in your book?

You know it came about
purely by accident. A beautiful coincidence. And thinking about it now, quite an
eerie coincidence considering the central plot! The theme was pretty much the
same except I was describing the parts which are now braille, as an “s-shape.” So it was called When the World Becomes S-Shaped, which I should add was the
second title I came up with after the original The Dead People Diaries. I
wasn’t one hundred percent about it, but couldn’t think of anything better.
Then when I was playing around with fonts and imaging for the rough draft of
the cover to share with my graphic designer friend, using a program called
Inkscape, I came across a feature called “braille”, which changed the text to braille. I knew immediately that that had to be the title, When the World
Becomes Braille. It didn’t take too much re-editing of the story to switch it.
But what was unnervingly creepy was; you know where in the story Chris
introduces Charles to Barbara. That line goes, “Barbie, meet my old friend Charles. Charles, Barbie…” Well after
I’d changed the title to When the World Becomes Braille, I had to do a bit of
research on it because my complete knowledge of braille was, well, dots blind
people touch to read. However reading up on the history, it turns out that
Louis Braille created the braille code from a system called “night writing,” first invented by a French Army Captain in the early 1800’s. His name… Charles
Barbier.

BREAKAWAY DAILY: Wow that is eerie! Maybe it was meant to be! A question I ask a lot
of the authors I interview is about their writing process because it varies so
much from author to author. What is your writing process like?

You know I’ve never really consciously thought about
it. I certainly don’t have a structured process, nothing like that. More habits
I’d say. What I always do when I believe that an idea that’s come to me is a
good one, is just sit down and write. I mean with a pen and paper… Shoot off a
few sentences, doodle a bit, and see if the rest flows. I normally write the
outline plot and dialogue first and paint the detail during the numerous edits.
One thing I can’t do without is noise in the background; music, news, anything.
I can’t work in silence. I don’t set myself page or word targets a day or week,
which I know some authors do. But even if I’m not feeling creative I’ll
generally try to remain disciplined and put something down every few days,
otherwise I find myself distancing from the story. But you can’t force a story.
So after a while if nothing great comes to mind, I’ll stop and do something
else. But reading and trying to read what I’ve written from a reader
perspective again and again helps, not only to spark new ideas, but also in the self-editing
process.

MUSTAFA: You know that was one of the very first things I thought of when I changed the title. I would love it if it could be published in braille one day. In fact I think I may start doing the research tomorrow. No time like the present…

Why did you decide to
make the book available in a series of parts rather than a long single book?

I
actually wrote a blog on why, called Making of an Author for the iGeneration. Basically today there’s
just so much media to consume that I wanted to make it more convenient and
easier for people to read a novel, in parts where they can start and finish on
a day’s average commute to work and back, two at most… and if they like what
they read, they’ll follow Part 2. I’ve started to read so many books where
after half a dozen or so chapters I’ve stopped reading for
whatever reason and that book doesn’t get read. I don’t want that happening
with “Braille”. I may release the complete trilogy as one book in the future…

How long did it take
you to write the book?

If
we count from the day I started writing it, about seventeen years! I wrote the
original draft for “The Dead People Diaries” in 1999 and it remained on various
bookshelves over the years. Back in 2000, a
friend of mine had found it and I’d let him read it. And he absolutely loved it
and for many years would ask if I’d written the next chapters. I only decided
to complete Part 1 earlier this year after researching how I could publish the
novel myself as an e-book. So all in all it took about five months.

When can we expect Part
2?

When
Part 1 reaches 100,000 downloads… Was my original intention. But with all of
the incredible feedback I’ve been receiving, I’ve realized it will be unfair to
all of the readers who have purchased Part 1. I don’t have a set date but I
would like to have it out there before Christmas.

What do you think about
the future of book publishing?

This
being my first published book, I wouldn’t feel comfortable voicing an opinion
at this stage and trying to sound like I’m some kind of authority on the
subject. I’ll just leave it by saying that I’m hoping that it won’t be too long
before the “main stream media” provides indie-authors the exposure that they
deserve.

For more information on Mustafa Ozalcin visit his official author website at Ozalcin.com. When the World Becomes Braille can be purchased from Amazon.

“I started researching Braille not long after I realized that, though I wasn’t blind, in the medical sense of the word, I actually was. Like more and more people are realizing about themselves these days. Some people confuse braille as being a language in itself. Far from it. There is braille code for every foreign language you can imagine including Chinese, Arabic, and Hebrew. There are also braille codes for mathematics, music, and computers. And, as I discovered not long ago… Hello! Would you mind telling me what you think you’re doing reading someone else’s diary? That’s right, this is a diary. OK, so it may not look like a diary and it may not have the word “Diary” in the title. But what did you think, that when someone keeps a diary they actually call it “My Diary” and write dates like, Wednesday, January 4, 1809 or Saturday, March 24, 1984? Well they don’t. Did you not watch Se7en? OK, maybe they do in some movies and perhaps some people do in real life but I don’t know. I’ve never spoken with anyone who kept a diary before… that I’m aware of. Maybe some had a diary but they didn’t tell me. I assume that because most people who have diaries want to keep them private. While I also consider myself to be a private person, one thing that I can assure you of is I’m not most people… and neither are the people you’re about to read about in this diary. And trust me, this is not a movie…