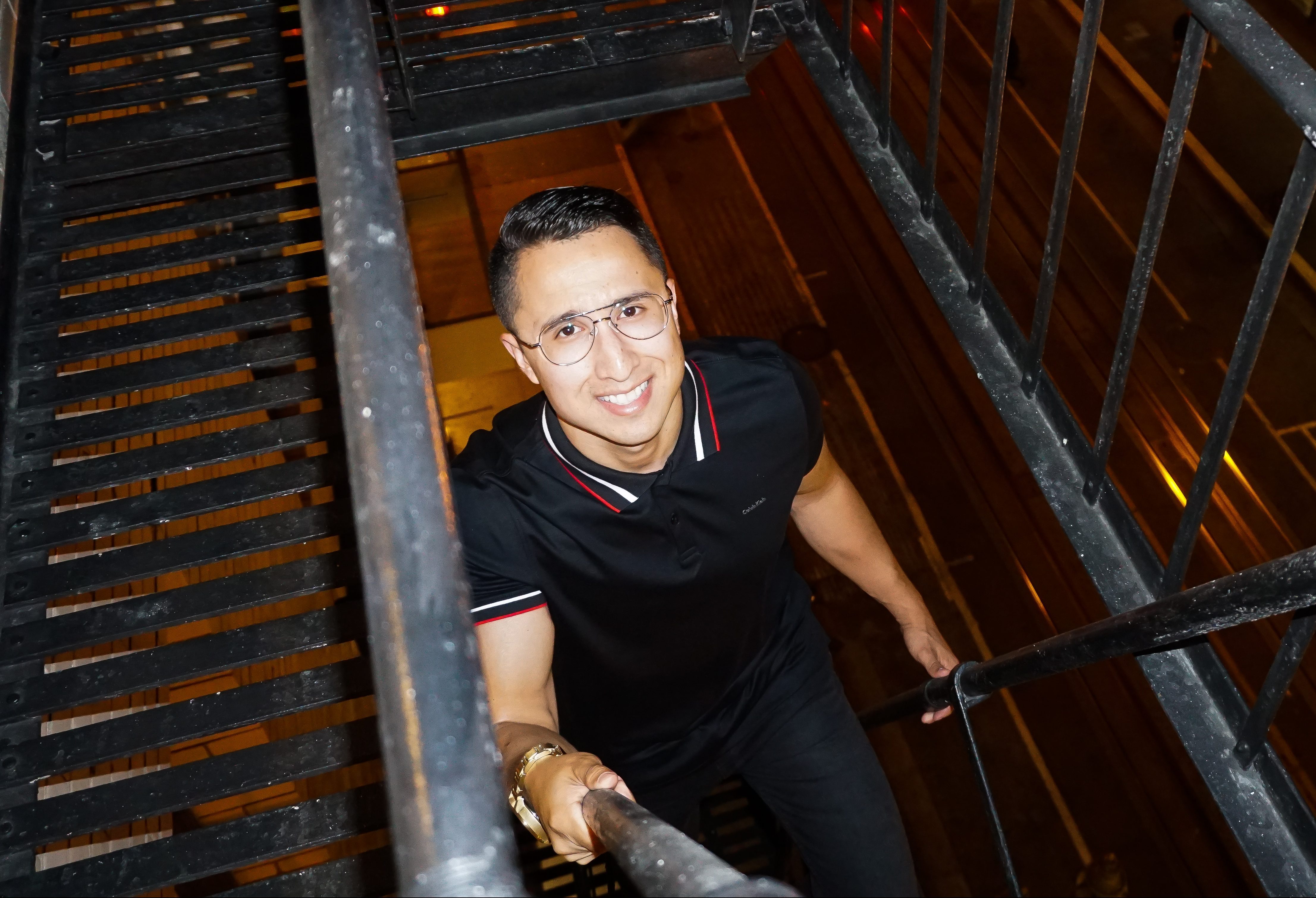 Dating has changed dramatically over the last ten years with the advent of Instagram and Tinder. Today’s dating apps only require that users take ten seconds to look at a handful of your photos before making a decision to swipe right (hot) or left (not hot) on you. The selfie focused social media platforms of today have made what you look like more important than what you have to say. Social media has had a direct impact on the way people not only feel about themselves, but interact. In Eric Santos’ new book Shoot Your Shot: Dating in the Era of Sliding in the DM’s & Swiping Right, he explores this current climate and teaches people how to meet people both on-line as well as in person in this current dating climate.

What inspired you to write this book?

Well for a little context, although I am a startup CEO now, I used to be a professional writer back in the day, contributing articles to AskMen, Business Insider, Elite Daily, Yahoo Finance and more. The two niches I focused on were dating and entrepreneurship/business. With that being said, I had not written dating content in three or four years before writing the book, as I’ve been focusing on growing my company.

Towards the end of last year I was going through a lot personally, depression as one may say. Writing has always been therapeutic for me. I thought about the idea of the book a year before while helping some close friends acclimate to being single after some long-term relationships and using apps like Instagram and Tinder to meet people, who at the time had just gotten out of long-term relationships. The idea really hit me when one of my friends said, “Damn, I know I’ve only been out of the game five years but dating is completely different now.” I decided to take action on that idea and write the book at the end of last year when I was going through a lot.

How did you decide on the tile?

The term “shoot your shot” has probably been around for a while but it has came somewhat of a meme over the past few years. When one shoots their shot, it pretty much means they are making an attempt to talk to or date someone, usually this someone is a stranger. In this current era, this stranger is usually someone they follow on Instagram. I chose the title Shoot Your Shot because I believe it’s one of the most recognized idioms when talking about meeting someone in this very social media influenced dating climate.

What do you think is the major difference between dating online and “in real life?”

Although the book is based on the fundamental principle that dating has changed dramatically with the advent of Instagram and dating apps, at a macro-level, there aren’t a ton of difference between dating online and in-person. The main fundamentals remain the same where you should always remain cordial, direct, utilize humor, and most importantly, be respectful. However, one of the main differences is the accessibility and efficiency that these apps provide.

Compared to the old-fashioned way of trying to meet someone at a bar, apps take much less time and money. Instead of hanging out at a bar on a Friday night for a few hours and buying a few drinks trying to get a date for Saturday night. You can easily and from the comfort of your home match with someone on Tinder on Friday morning and have a date with her that same night.

However, this efficiency and accessibility is a double edged sword and it can definitely be a reason why it’s harder to find something real nowadays. As a single person utilizing these apps, you now have access to almost an endless amount of people you can potentially meet.

What do you think are the major challenges of modern dating?

I’d say one of the ugly truths about online dating is that one can hide behind a screen. There are some people out there who send super rude and distasteful things to other people that they would never have the gumption to say in person. This especially holds true if they feel they are being rejected. These people are jerks with no confidence, unfortunately turning off a lot of people from joining dating apps or being active on social media. Being direct, but always respectful is a theme I cover over and over again in my book.

What are your suggestions for people who are trying to meet someone in today’s modern world?

Buy my book Shoot Your Shot, available in both paperback and kindle (laughs). But in all seriousness, it’s really easy to lie and pretend to be someone your not while online. As cheesy as it sounds, be yourself, but be the most marketable version of yourself you can possibly be. Read my book to find out how to do that.

What do you think is the biggest problem with social media?

Although I am a big social media advocate and user and have been able to create businesses leveraging it, I have noticed negative side effects that it has had on my life. These negative side effects include distraction, feeling the need to constantly update the world about my life, feeling connected but alone and bench-marking my happiness against the perceived happiness of others.

Do you find that these negative side effects are a more recent trend?

Yes, I’ve noticed this being somewhat of a recent trend happening mostly the last few years. A decade ago I was exclusively on Facebook and Twitter but I didn’t experience these negative side effects to the degree that I currently do. I believe that’s largely attributed to the fact that Facebook and Twitter were focused on content and context while Instagram and Snapchat focuses on photos. Like I said earlier, the newer social media platforms have created a culture where aesthetics have become more important than what you have to say.

Do you think there is a way to overcome it?

In terms of a solution, I’m not really sure to be honest. I know something I’ve been working on myself is unplugging more often. I believe being “unplugged” every once in a while is something we should all try to do.

I know you have a background as an entrepreneur and you talk about it in the book, can you explain how this book draws parallels between the dating world and the business world?

In the book, I have two chapters which compare dating to two of the most important principles in business, which are sales & marketing.

In the sales chapter, I try to debunk the misconception that sales this shady, aggressive and purely transactional process that some believe sales is. Sales is simply articulating how your particular service or product can help someone solve a problem or bring value to their life. With sales framed in that light, I take principals that are crucial to be successful in sales and apply them to dating, such as never take rejection personal. For example, you send a message to this person you’ve been following on Instagram and ask them out, but they never get back to you. You shouldn’t take that personally because the decision to not talk to you wasn’t personal, they don’t know you. Also, you don’t know this person’s back story, maybe they’re currently talking to someone or maybe they just had a really bad day.

In the marketing chapter, I cover the concept of being marketable so that online dating isn’t strictly a one way street where it’s only you shooting your shot. Instead, if you practice being marketable, approachable and a good person, you can have other people shoot their shot at you. I also compare how your Instagram account is a lot like an email marketing newsletter.

Who will benefit most from the book?

I originally wanted the book to be non-gender specific, but when I really analyzed things, it’s much more common for men to shoot their shot than women. Not saying there aren’t brave women out there sliding in DM’s first, but the majority of interactions are initiated by men. Because of this reason, I wrote this book from the male’s perspective but I’ve had a high number of females purchase and read the book and they all found it super helpful and insightful. I’d say the book is for any single person out there who just wants to get better at meeting people online and in person.

Shoot Your Shot is available in both paperback and kindle from Amazon.