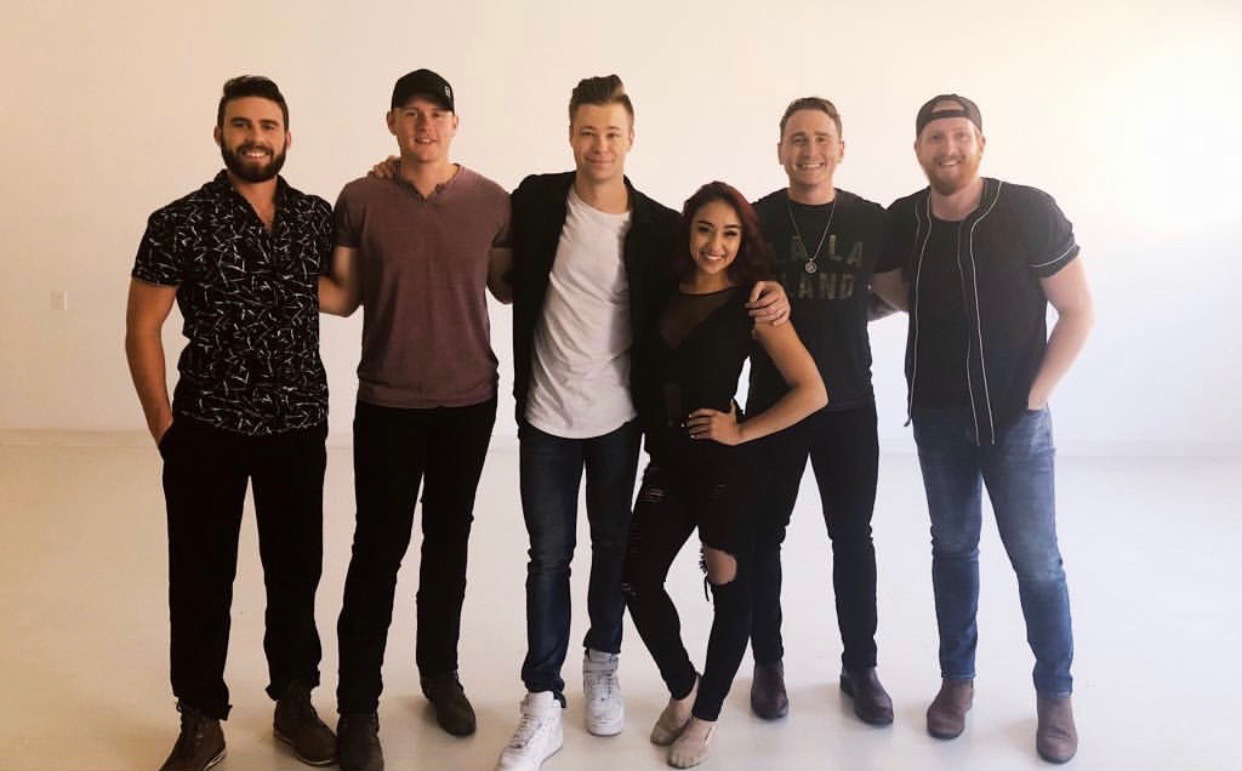 Luka & Jenalyn’s emotionally powerful style of dance is captured in the official music video for James Barker Band’s country cover of “Never Be the Same.” Filmed in one day at ProdStudio in Toronto, the video was directed by Ben Knechtel with video work by Lee Zavitz. Luka & Jenalyn hold nothing back as they use stunts and strong movement to capture the intimate lyrics of the song. They tell the story of someone who has fallen so deeply in love that their life is transformed.

Luka & Jenalyn took this project on fully; creating the choreography, concept, and performance for the song as the sole dancers collaborating with James Barker Band (Universal Music Canada). This is the duo’s second official collaboration. The first being when they worked with World Of Dance, Warner Bros. Records and Grammy-nominated band Lukas Graham on the official dance video for “Love Someone.” Check out our behind the scenes coverage of that video here.

“James Barker Band created this amazing cover with so many guitar and vocal filled highs along with emotional and airy lows,” Luka & Jenalyn described. “We were able to show our diversity of movement throughout the choreography.”

The video showcases the different highs, lows, and raw emotions that are felt through any withdrawal, especially when withdrawing from the unavoidable drug we call love.  Jenalyn embodies the drug itself that runs through Luka’s veins as it becomes immersed in his life. On the other hand, Luka demonstrates the confusion, pain, and exhilaration felt when the drug is introduced, filled with, and removed from his surroundings. The combination of the two entities showcase a potentially ambiguous interpretation of a love/drug infused story.

Lead singer, James Barker, explains the band’s connection to Camila Cabello’s 2017 hit song and the thought-process behind their version of the track: “We landed on this song because it is just a plain and simple HIT. The chorus melody just sounds like a smash. That melody would have been a hit no matter the genre or generation, it made our job pretty easy!”

With over one million monthly Spotify listeners and over 22 millions streams, JUNO and Canadian Country Music Award winners, the James Barker Band has taken the country music scene by storm. Formed in 2013, the founding members of this award-winning band (James Barker, Taylor Abram, Bobby Martin, and Connor Stephen) continue to break records one release at a time.

“We wanted the movement to be creative and show the unique musicality of the beautiful cover,” expressed Luka & Jenalyn. “With the song being as emotional as it is, we wanted to highlight that by taking viewers on a journey through choreography that was filled with jaw dropping moments people watching would not forget.”

This cover of “Never Be the Same” is a country version that Luka and Jenalyn worked hard to understand the emotional meaning of.  In order to showcase the various textures through the choreography, they had to first brainstorm a storyline, then create the movement that would highlight the different scenes of the story. Every genre has its own music and rhythm.

Working with the incomparable Les Twins and rising choreographer Aidan Carberry has helped them to find the foundation of every song, no matter the genre. They have learned that every song has a story behind it, and their main focus is always to decipher what story they want to tell with their movement. Once that is understood, they can adapt to any musical style by creating choreography that follows that storyline and the feeling they want to convey.

Luka & Jenalyn only had five days to create the whole concept and choreography, as well as master the performance for the video.  The life and soul behind the cover would allow for an intense creative process. Thankfully, the song spoke volumes to them, giving them the opportunity to cement their interpretation within the deadline.

“It was truly an amazing experience that made us even more appreciative of the opportunity,” says the duo.

Luka and Jenalyn are becoming a sought after dance duo. Other artists they would love to work with include Eminem, Drake, 6lack, Imagine Dragons, The Chainsmokers, Dua Lipa, Alessia Cara, Ariana Grande, Halsey, and The Weekend.