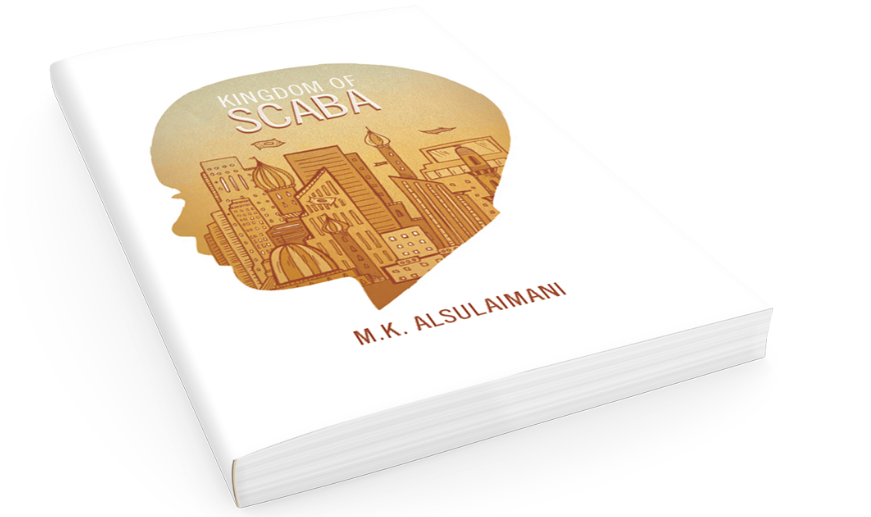 Path to Peace: A guide to managing life after losing a loved one

Twins live relatively normal lives at home on Earth, but they are drawn to voices in their heads asking them to “come to the party.” At the party, they find that the partygoers are really some kind of spirits, and before long they’re taken away to another world beneath Earth known as the kingdom of Scaba. The twins live in the palace of the evil king, who has recently taken the throne after the untimely demise of the good king who preceded him. The new king uses children as slaves for his people, and the twins are the latest to become enslaved. Some teenagers who live in the city outside the palace are captured, and shortly afterward they band together to escape. The teens battle with the law, are thrown in and out of jail, and tortured. However, after some conflict, the palace children and the city children join forces. They are instilled with mystical powers they obtained from their friends in the fantasy world, and they triumph over the evil king. Happier and wiser for the trip, the children are able to return to the human world.

Jamal and his twin sister Lillian have disturbing dreams and hear voices. They are ten years old and live normal lives on Earth, but this changes when they choose to follow these voices and do as they command. The voices say “come to the party,” which leads the kids to a party their new next door neighbor is having. However, this neighbor turns out to be a spirit of some sort, and so do the rest of the partygoers. Jamal and his twin are captured and unceremoniously taken through a portal, fit onto a magic carpet, and taken down into a wondrous, fantastical city. The city is in the kingdom of Scaba, and in the city there is a great palace. The city flashes different colors, and huge winged tigers breathe fire to keep the city warm. There are small, fluffy, colorful dwarf ponies no bigger than cats, cobra-headed people and lion-headed people. The snake-headed people are known as the Makash, and they dominate the kingdom, while the lion-headed people are known as the Shakam, and they are a lazy race that for the most part is served by the children. Elephants and zebras are common means of transportation. The ponies are known as the Moback, and they are fun-loving and gentle.

At the palace, Jamal and Lillian meet the king of the Scaba, BERMUDA, a somewhat odd Shakam with a stiff tail who is very cruel and clever. The last king, a good king, died after a trip he undertook in the human world. He leaves behind his daughter, the Princess Filda, a Shakam, who does not see eye to eye with Bermuda. Under Bermuda, human children have been turned into slaves. Filda and others in Scaba adamantly oppose Bermuda, but his power is great.

Jamal and Lillian live as palace children tending to Filda and her kind-hearted, naïve son Prince Dushan, who is only a few years old. There are many other palace children who have very prestigious jobs relative to their enslavement, such as dancing, playing in the court band, and even painting. These children eat in the food court where human food is served (the children cannot eat the food of Scaba), and from the other kids Jamal and Lillian learn about Scaba and its past. More importantly, they learn that they cannot escape, although this does not deter Jamal or Lillian, who immediately begin planning how to get away.

Soon, the twins’ escape plans are realized. They get out of the palace without much trouble and cling to the bottom of a cart leaving town. There are multiple gates, and they get through almost all of them but then are discovered at the last second. However, it seems there was never any real possibility to escape because the king has a crystal ball through which he can see the movements of everyone outside, meaning there is no place for anyone to hide. Moreover, Jamal and Lillian learn that even had they gotten out of town, the only way to get back to their own world is to take a magic carpet to the top of a hill upon which sits the portal to the human realm. The portal is heavily guarded, and a flying carpet hard to obtain; in addition, humans cannot pilot flying carpets, which makes it impossible for humans to hijack a carpet.

In the meantime, another group of kids is taken into the kingdom of Scaba; among there are Dana, a girl who showed disdain for her father when he wouldn’t let her drive his dream car, and who subsequently wrecked his car when she stole it; Steven, who loves biology and dissection; Adam, a young boxer; Nora, who loves dancing and hip-hop; and SARA, who plays violin and is jealous of her sister’s beauty. They try to escape at the onset of their capture, but they are wrangled up and sent about their duties in the city. Thus, they are city children, not palace children; like Jamal and Lillian, they want to escape, and they are in and out of prison quite a lot.

Sikwel, one of the king’s cruel makash commanders, is put on their case to keep them in line. Nothing changes in the attitudes of the children; they persist in their attempts to flee, even though they are beaten when they try to escape. Finally, Sikwel punishes them with a “homeless kids” stamp that means no Makash or Shakam can feed them; as a result, eventually they will starve to death on the streets. The teens begin to raid the food courts for sustenance. Over time, they get better at judging the weaknesses of the Makash. During this time, they also begin planning how to get into Sikwel’s office and take his key, the first step toward getting a magic carpet and getting out of Scaba.

The king gets tired of these homeless kids, and he calls Sikwel weak. Sikwel needs to take care of the problem or he will be punished. The kids take up the offer of a successful gambling Shakam named STOM. He will give the children food and opportunities if they fight Makash children in the ring. The children agree because it’s a good opportunity, and currently they are doing little better than surviving. In the ring they each beat up their rival Makash, a fact that Stom predicted, knowing well that these children have been fighting bigger Makash for some time. Stom bet on the kids and not against them (unlike everyone else), so he wins a lot of money.

However, Stom didn’t realize that his winning would make the others at the fight angry. The angry people go after Stom and the kids; at that very moment, Sikwel arrives and arrests the children. Instead of killing them, he says he will spare them if they agree to enter the grand competitions, which pit the city children against the palace children in a no-rules tournament. The winners will receive more free time and a chance at being freed. The losing team has to work very hard. The divide between the palace children and city children fosters competitiveness and mistrust, which the king wants. The teens agree, knowing the proximity to Sikwel over the coming days will be their chance to break into his office and get the key.

The palace children, led by Jamal and Lillian, enter the competition, too. They need to win in order to advance their growing objective to save not just themselves, but to save the kingdom. They will do so with the help of Princess Filda.

The palace children win the grand competitions, which leaves a sour taste in the mouths of the city children. However, this divide does not ultimately separate the two groups. The teens have gotten the key and have become friends with Wajdbeer, a physician. Wajdbeer helps the teens when the guards are trying to identify who stole Sikwel’s key. Sara stole the key, but in so doing injured her shoulder. Wajdbeer heals her with an herb just before her participation is discovered. He then has the children, especially Steven, help him extract the hormone that grants the Makash their power to shoot woufs, or blasts of energy. He wants to give the children this power, so they can surprise the evil king, and restore goodness to the world. When the children fail in another attempt get to the hill top portal, they agree that fighting the king is the only way to escape.

Before long, Jamal finds Wajdbeer, who Filda told him to meet. The palace children have developed mental powers by using the full capacity of their brains with the help of Princess Filda and the city kids bestowed with the power to fire Woufs.. On their previous attempt to escape, the teens lost Adam and SHISHAR, their Shakam friend who flew the magic carpet, and they decide to save them from imminent hanging using these powers. They succeed in this endeavor, and use their new powers to kill many villainous guards along the way.

The children, all together now, begin to study magic with Wajdbeer, and eventually joined the runaway army headed by commander Medan, the husband of Princess Filda. They use glass shields to deflect enemy woufs, and are aided by the flying fire-breathing tigers (called the enar), as well as the Moback. The children use cunning and magic to defeat the armies of Bermuda, and eventually to defeat Bermuda himself, who turns out to be a mysterious and evil human named Solar, who used the disguise of Bermuda to become king.

After the battle, the children celebrate, and then return home triumphant. Over the course of their time in Scaba, they learned a lot about honesty, friendship, and good and evil.

Kingdom of Scaba is available in audio book format and PDF.

Path to Peace: A guide to managing life after losing a loved one